Gilead drug to undergo human trials in China for coronavirus 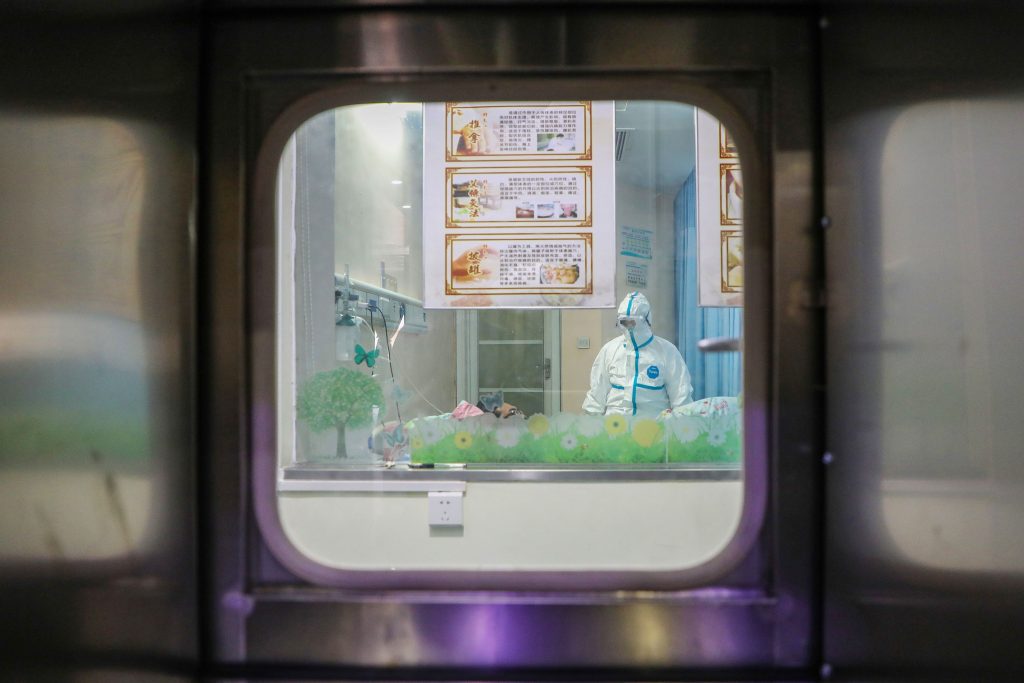 A doctor working inside an isolation ward at a hospital in Wuhan. (Photo by STR/AFP via Getty Images)

China has kick-started a clinical trial to speedily test a drug for the novel coronavirus infection as the nation rushes therapies for those afflicted and scours for vaccines to protect the rest.Remdesivir, a new antiviral drug by Gilead Sciences Inc. aimed at infectious diseases such Ebola and SARS, will be tested by a medical team from Beijing-based China-Japan Friendship Hospital for efficacy in treating the deadly new strain of coronavirus, a hospital spokeswoman told Bloomberg News today (Monday).

Trial for the drug will be conducted in the central Chinese city of Wuhan – ground zero of the viral outbreak that has so far killed more than 360 people, sickened over 17,000 in China and spread to more than a dozen nations. As many as 270 patients with mild and moderate pneumonia caused by the virus will be recruited in a randomized, double-blinded and placebo-controlled study, Chinese news outlet The Paper reported on Sunday.

Drugmakers such as GlaxoSmithKline Plc. as well as Chinese authorities are racing to crash develop vaccines and therapies to combat the new virus that’s more contagious than SARS and could cost the global economy four times more than the $40 billion sapped by the 2003 SARS outbreak. The decision to hold human trials for remdesivir shows it’s among the most promising therapies against the virus that so far has no specific treatments or vaccines.

The experimental drug has not yet been approved for use by any drug regulator in the world but is being used on patients battling the new virus in the absence of approved treatment options, Gilead said in a statement last week. Gilead is working with health authorities in China to set up the trial to determine whether remdesivir can safely and effectively be used for this infection, it said.

China’s health regulator has also recommended AbbVie Inc’s HIV medicine Kaletra as an ad-hoc antiviral drug for coronavirus. Kaletra is also set to undergo human trials, according to The Paper.

Meanwhile, a global search continues for therapies to contain the infection that can spread undetected.

Johnson & Johnson has initiated work on a preventive coronavirus vaccine and has “dozens of scientists” working on it, its Chief Scientific Officer Paul Stoffels said last month. GlaxoSmithKline and the Coalition for Epidemic Preparedness Innovations said Monday they will work to accelerate the creation of a vaccine and then provide the doses rapidly.

The Coalition, set up in 2017 to spur the development of shots for known diseases and to respond to new viruses, has also signed contracts with drugmakers including Moderna Inc. and Inovio Pharmaceuticals Inc. as early as Jan. 22 to expedite work on vaccines. Novavax Inc. was among the first ones to announce it was working on a candidate too.

Health officials, however, say a vaccine version may take three months to be available for the first stages of human testing while developing an effective vaccine generally takes years.

That puts remdesivir on the front lines of combating the infection.

The first patient in the U.S. infected with the virus, a 35-year-old man, has seen his pneumonia improve after he was given remdesivir, doctors treating him said in a study published in the New England Journal of Medicine last week.

The trial in China could lead to a fast-track approval of remdesivir by the Chinese drug regulator, which in some cases has been the fastest in the world. China’s drug law now allows conditional approval for drugs with clinical data demonstrating efficacy against aliments that are life-threatening and have no existing therapies.