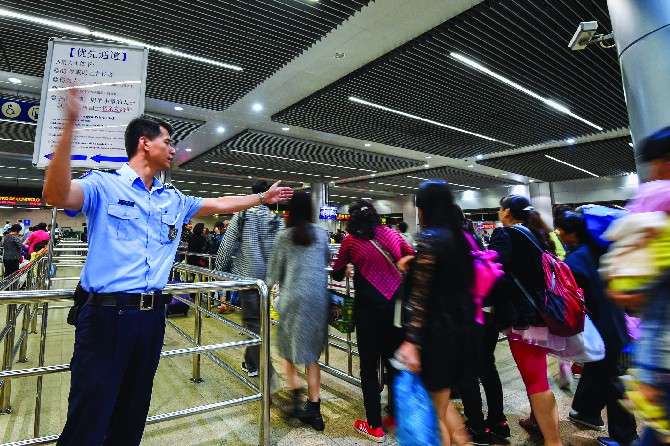 The Executive Council (ExCo) has completed its discussion on the amendment of laws relating to immigration control, staying permits and residency, the ExCo said during a press conference on Friday.
In particular, the draft amendment introduces specific conditions to suspend the counting of the 60-day detention period and precautionary detention measures for individuals who enter or stay in Macau illegally, to prevent them from intentionally delaying their stay in the city.
Under the current law, the local government issues these individuals temporary staying Permits. However, the government has reported security problems caused by individuals using this permit to stay.
In addition, the government proposed regarding illegal departure and entry into Macau as an administrative violation in order to effectively manage border control.
“In terms of the penal regime, it is proposed to integrate acts of solicitation and the provision of assistance to others to illegally leave the Macau SAR within the scope of the crimes of ‘solicitation’ and ‘assistance’,” the statement read.
The proposal criminalizes acts that facilitate the assistance and reception of individuals who carry out fraudulent deeds in order to stay in Macau.
This proposed law will be discussed at the Legislative Assembly.
Mechanisms are also introduced to enforce liability of legal persons.
The amendment proposes that hotels should register non-resident guests aged over 16 and registration data must be sent to the immigration authority within 24 hours.
“With reference to common international practice, measures for the collection and verification of biological elements from visitors are [being] introduced to effectively detect false identities and to better prevent and combat illegal immigration and illegal stay,” the Secretary for Administration and Justice André Cheong said.
“Fingerprints, palm prints, iris and retina scans are all effective in combating fake identity. There are already regulatory laws that oblige hotels to register the guests in case of police inquiry,” said Ng Kam Wa, commissioner of the Public Security Police Force (PSP). “We have chosen a very mature technology.”
According to Ng, these amendments are made to facilitate the security authority’s crackdown on those staying illegally using non-factual marriages and non-factual adoptions.

Fake marriage to be charged as fraud
Currently, the security authority and the prosecution authority has been charging parties involved in a non-factual marriage with document forgery. Once convicted, offenders will face two to eight years in prison.
“Under the current law, ‘fake marriage’ is prosecuted under the charge of document forgery. There are difficulties in prosecuting this way,” said Ng. “There are different opinions among the judicial organizations.”
Once the new amendment is passed and comes into effect, a non-factual marriage will be regarded as a fraudulent act.
“Two to eight years imprisonment is a proper length and it is not lenient,” said Ng.
Meanwhile, it is established that non-residents of the Macau SAR should, in due course, deal with travel documents for their children born in Macau SAR and notify the immigration authorities accordingly.
According to Ng, there have been rare cases in Macau of non-resident couples having children in Macau but not registering them. Once the children became adults, the couple then requested the Macau government provide them with staying permit due for humanitarian reasons.

The Executive Council (ExCo) has completed discussion on the amendment of the draft of law no.7/2006. The amendment proposes adding three more rankings for prison officers. The three newly created positions are: prison superintendent, prison sub-intendent, and superior chief. With the three new positions, there will be 10 categories in total with regards to prison officers. It is proposed that the salary and academic qualifications for these positions will be similar to those for personnel in the security forces.