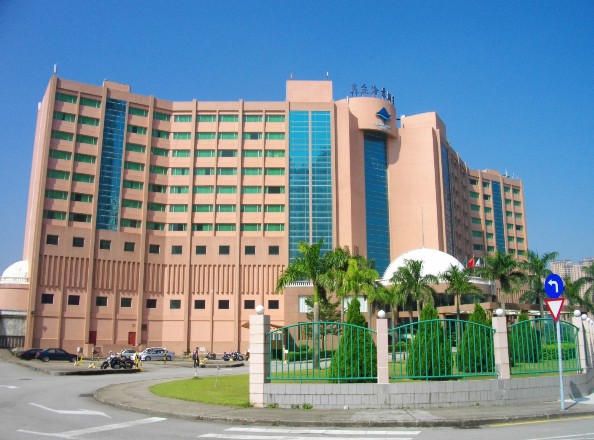 Following the announcement of the two new novel coronavirus cases in Macau, Chief Executive Ho Iat Seng has disclosed that his team is conducting negotiations with hotel operators to search for extra quarantine facilities. The work is being done to prepare for a possible worsening of the situation.
The number of people in quarantine is expected to rise, said Dr. Lei Wai Seng, medical director at S. Janúario Hospital, given the two new novel coronavirus infections confirmed yesterday morning.
Currently, there are 18 people in quarantine at the government’s facility in Coloane. As for Pousada Marina Infante, which is being used to quarantine tourists from Hubei province, there are 70 people there now.
During a special press conference yesterday, Ho noted that contingency plans have been made for other properties.
The government is considering several hotels as potential quarantine facilities. However, Macau’s top official declined to make any premature disclosures and stressed that a timely announcement would be made when necessary. In Ho’s words, a “premature disclosure may cause confusion among the public.”
The government has currently leased hotel Pousada Marina Infante to quarantine tourists from Hubei province, the origin area most affected by the epidemic. The government stressed that they are not patients, meaning the quarantine is a preventive measure. The hotel has a total of 186 rooms.
On the other hand, people in Macau who have had close contact with a confirmed case are being quarantined at a government medical facility in Coloane.
Meanwhile, the government disclosed that yesterday it received calls from three Macau residents currently in Jiangxi province. They called for help as all the roads were closed and they were unable to return to Macau.
The government did not explain how it would help the three residents, but recommended that they stay in the territory and postpone any unnecessary travel.