The government has intensified its crackdown on illegal constructions, recently demolishing several structures that had been illegally built on rooftops.
The Land, Public Works and Transport Bureau (DSSOPT) has informed in a statement that several deconstruction works were performed last month by the Permanent Inter-Departmental Working Group for Demolition and Vacating of Illegal Construction. The group took steps to demolish clandestine construction operations located on the rooftops of three low-rise buildings on the Peninsula, namely in the Istmo Ferreira do Amaral area, as well as on Rua de Silva Mendes.
The group was assisted in the task by the Public Security Police Force. They demolished three structures that were supposed to be separate or extensions of housing units in the buildings.
The bureau explained that it had verified that these illegal structures consisted of metal and concrete, concrete roofs, masonry and brick walls, as well as metal fencing.
The bureau proceeded with the demolition last month, after the people responsible for the creation of the structures had been ordered to demolish them immediately and restore the rooftop following DSSOPT procedures.
The structures remained unaltered until the deadline, and the DSSOPT proceeded with the demolition. The offenders were informed that they would have to assume legal responsibility and bear all the costs of the work.
After the demolitions concluded, the DSSOPT initiated their refund process. The expenses related to the works will be handled by the Financial Services Bureau.
In their statement, the DSSOPT called on all citizens to refrain from performing illegal construction work. They said that they would continue to closely monitor all suspicious activity, especially any work that might obstruct access for firefighters and other emergency rescue teams, or work that constitutes a risk to public safety and sanitation.
The group also explained that the action was triggered by several complaints about the illegal structures, namely the concrete and metal rooftop, the placement of fences and supports, as well as the construction of brick walls, and placement of glass windows. Inspectors onsite confirmed these reports, notifying those responsible immediately.
The group is also reminding the public that the authorities are monitoring these matters through this permanent mechanism, aiming to fight all illegal construction.
In the past, the government established a financial support plan for this very purpose. They aimed to aid the demolition of all illegal structures, including cages and bars placed on balconies and windows.
Over the last few years, there has been much discussion about the problems associated with the placement of these illegal structures all over the territory. In particular, this has been the case when accidents or fires occur in apartment buildings with illegal structures that compromise and delay firefighters’ access, causing severe damage to several houses.
Although there is news about a small number of rooftop constructions being targeted by the DSSOPT every year, Macau is known to have a very high number of these illegal structures, especially on the rooftops of low-rise and high-rise buildings. 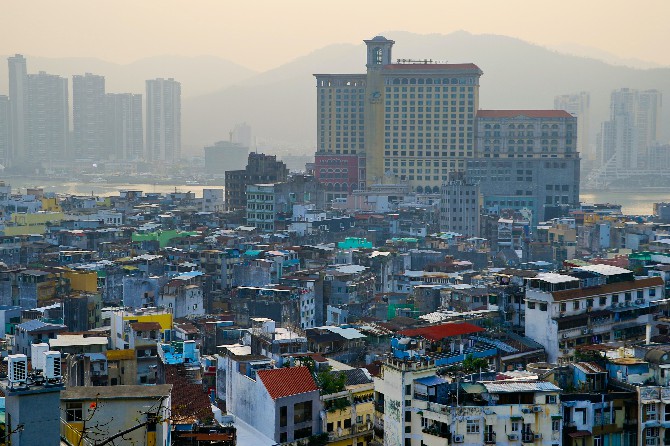