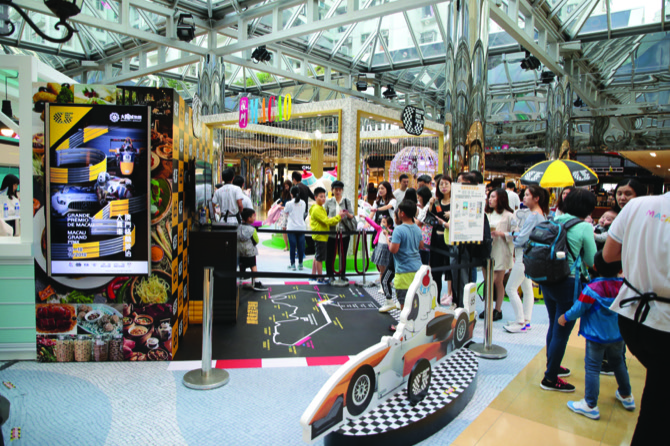 A promotional campaign in Hong Kong for the Suncity Group 65th Macau Grand Prix was inaugurated on the weekend drawing, according to a statement from the Macau government, a large number of residents and visitors. The Macau Grand Prix Organizing Committee participated in the two-day promotional event, staged by the Macau Government Tourism Office on October 13 and 14, holding several activities as well as displays recounting history of the event. Visitors had the chance to get an up-close look at the Dallara Volkswagen Formula 3 car with which Portuguese star Antonio Felix da Costa rocketed to victory on Macau’s famous Guia street circuit in 2016, as well as a Lotus Evora sports car manufactured by British automotive company Lotus Car that competed in the 2017 Macau Touring Car Cup.

Hong Kong’s Secretary for Transport and Housing has said that he is unaware of when the mega-bridge linking the city to Macau and Zhuhai will open to general circulation. According to the South China Morning Post, Frank Chan Fan said that he has “no idea when the bridge will open up.” The Hong Kong-Zhuhai-Macau Bridge (HKZMB) is still awaiting the green light from the central government in Beijing, the Secretary added.

On the last day of their visit to mainland China, the delegation of the Macau Legislative Assembly was received by Zhou Qiang, Chief Justice and President of the Supreme People’s Court of China. The Macau delegation expressed to Zhou Qiang that the principles of One Country Two Systems, of Macau people governing Macau with a high degree of autonomy, have been fully implemented. In turn, Zhou said that the People’s Court will actively strengthen judicial communication and cooperation with Macau, and will jointly create an environment with a good rule of law for the construction of the Greater Bay Area along with Macau, in addition to providing effective judicial services and guarantees for the promotion of the Belt and Road construction.

A total of 730 cases of littering have been recorded since typhoon Mangkhut struck the city until October 7.  Last week, the Civic and Municipal Affairs Bureau (IACM) noted that some local residents are still illegally discarding trash. In particular, domestic waste and large pieces of furniture have been discarded on public streets between September 18 and October 7.  All of these cases were prosecuted by IACM. The bureau claims it has strengthened inspections around the city and said it will continue to prosecute violations. The bureau also called on the public to properly manage their trash.

Around 200 cases of theft from buses were recorded between January and the end of last week, a figure that already exceeds the total number of cases recorded in the whole year of 2017, according to the Judiciary Police. Twenty more occurrences have already occurred compared to 2017. Due to the frequency of theft on buses, the PJ took special action on Thursday, having deployed 20 investigators to conduct awareness campaigns in the busiest areas of the Macau Peninsula, including San Ma Lou and Rua do Campo. The PJ has also called upon the public to raise their level of alertness regarding bus thieves.