Many Macau residents hope that they will have more people listening to their voices through different opportunities, such as the opportunity for election,” the city’s youngest lawmaker Sulu Sou said in an interview with the Times yesterday.

As of today, three people have declared their interest in running for Macau’s fifth Chief Executive election, including the seemingly most likely candidate to win, Ho Iat Seng, president of the Legislative Assembly, and two “nobodies,” Leong Kuok Chao and Hoi Weng Chong.

Hoi is best known for his protests in central Macau and at the Border Gate.

In 2003, Hoi was dismissed from his then employer Vantone Insurance Company, after the company found out that Hoi had violated the rules and at least 10 insurance policies (out of more than 200 processed by Hoi) had problems. The insurance policies were all to cover mainland residents.

Since March 2005, Hoi has dedicated himself to a non-stop protest against the case following the lawsuit.

Hoi petitioned the Office of the Chief Executive, the Commission Against Corruption and the Public Prosecutions Office. In September 2007, Hoi sued Vantone’s representative office in Shanghai. That same year, the Court of First Instance of Macau found Hoi guilty of defamation and sentenced him to one year and three months in jail and a fine of MOP500,000. Hoi then appealed.

In 2008, the Court of Second Instance of Macau acquitted Hoi. In 2011, Hoi, together with another man, gave notice to the now-defunct Municipal Affairs Bureau for a demonstration in six places, including the Liaison Office, and would feature Hoi’s personal rights protection case.

The then-director of the Public Security Police Force (PSP) intervened over the demonstration permit, claiming that because the demonstration was close to the Liaison Office, it would severely affect public interest and safety.

In 2013, Hoi applied to run for the Legislative Assembly, but was refused by the government authority.

Unlike Hoi, a second candidate interested in the Chief Executive role, Leong Kuok Chao (45), has experience with elections.

In 2005, Leong’s team, the Association for Democracy and Social Well-being of Macau, received 4,358 votes in the AL election. However, they did not receive enough votes to make it to the Assembly.

Leong, who is reported to be director of the board of an investment consultancy firm, is expected to run as part of the election in July. He is currently preparing his office.

Leong has pointed out that he is fulfilling his responsibility as a resident and that he is participating in the election, in accordance with the law.

In Leong’s opinion, since the handover, the city’s political landscape has been dominated by the official business community and has not been close enough to the people. As a grassroots representative, Leong hopes to reflect the voice of the public and draw the attention of other candidates to the issues he highlights.

Leong said he is confident that he can raise enough votes for his nomination.

Local residents are presumably taking little away from the announcements of Leong and Hoi. However, lawmaker Sulu Sou is endorsing both candidates and will probably endorse more of their kind in future.

“I don’t know these two people. I think they deserve encouragement and more diverse people should run for the election,” said Sou.

“I think that more people are probably hoping that they can have such a chance, and that’s why they are coming out for the election,” Sou told the Times, adding that “due to the atmosphere in society, they can’t make their voices heard.”

“I think that what they appeal for is not important. It is important that they, as well as many other people in Macau, [have a] voice. But there is not a channel [being] given to them,” said Sou.

The fact that there is more than just one interested person in this year’s CE appointment is not an exception. In previous elections, there were other interested parties as well.

According to Macau’s election law, a person can only formally run after gaining a minimum of 66 votes from the Election Commission, which, in turn, left former CE elections with only one formally nominated candidate.

“There have been different people running for each election. Our requirements for a person to run for CE are demanding, too demanding to the point that the majority of qualified residents cannot participate in it,” said Sou.

Columnist Lei Keong, who is known for his columns on the never-completed Pearl Horizon real estate project, has predicted that Ho Iat Seng will withdraw from the Chief Executive election.

Last week, Lei wrote an article predicting that Ho will make the withdrawal announcement when he holds what is supposed to be his CE campaign press conference.

“If Ho still has political wisdom, announcing his withdrawal will be the best strategy,” Lei writes.

In Lei’s opinion, Ho cheated the Beijing government by hiding the fact that he holds Portuguese nationality.

“His dual nationality would not have been such a big joke if he […] hadn’t taken [an] oath to become a lawmaker,” Lei writes.

Previously, Ho told local media that he would announce his election campaign formally on May 20.

“What Ho will announce should be the news of his withdrawal,” Lei’s column reads. 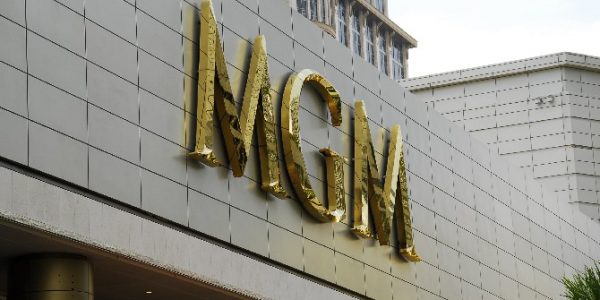 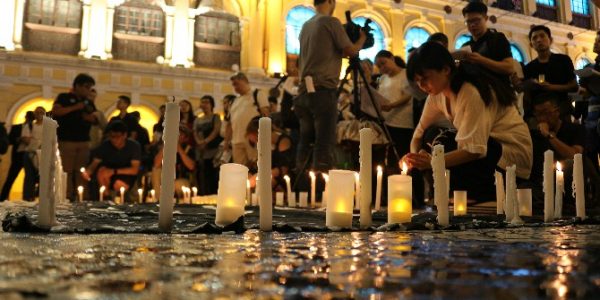