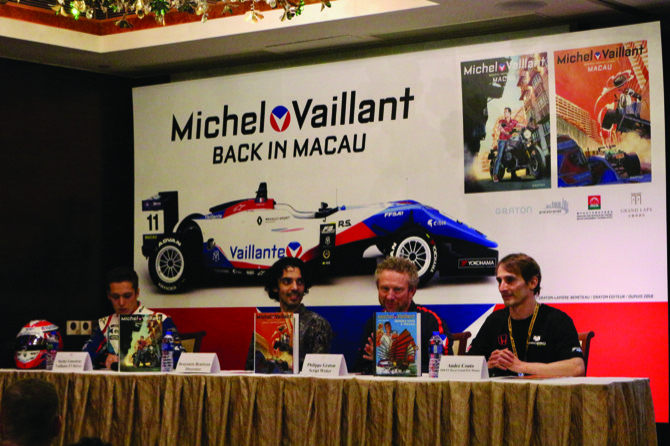 The second adventure of fabled comic book hero Michel Vaillant in Macau officially kicked off yesterday with a special edition book launch at the Grand Lapa hotel in NAPE district. It follows a 35-year gap since Vaillant’s previous visit to gambling enclave in the 1980s, in “Rendez-vous in Macao”.

Titled simply “Macau”, the 66-page comic book is filled with recognizable – and realistically depicted – locations across the Macau peninsula, including shots of the Grand Lisboa, the Ruins of St. Paul’s and, of course, the Guia Circuit. 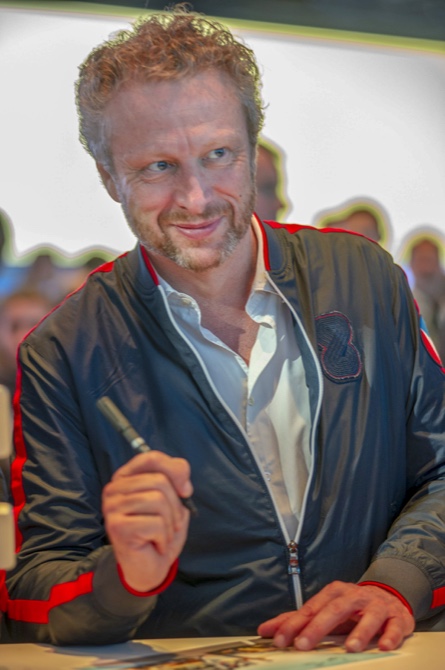 The book is written by Philippe Graton, the son of series founder Jean Graton, and Denis Lapière, while the illustrations are the work of Benjamin Benéteau and Marc Bourgne.

The special edition launched yesterday features a unique cover design with the Grand Lapa hotel façade in the background. It also includes a foreword by local racing driver, André Couto, who found success at the Macau Grand Prix in 2000, and who attributes his drift into the world of motor racing to the influence of earlier Michel Vaillant epics.

Yesterday’s book launch invited Philippe Graton and Benjamin Benéteau, as well as racing drivers André Couto and Sacha Fenestraz, the latter of whom is featured in the story as a character.

“I am very proud to have Sacha Fenestraz as the guest star for this album,” Graton told the crowd at the book launch. “Sacha, who will be racing [in the Macau Grand Prix] this weekend, last year made his debut in Macau. He did something outstanding; he started in 11th and finished seventh. When you know what this race is about and what its like to do it for the first time… that’s really an achievement.”

“I am also [thankful] that Sacha accepted to have his car [painted] like the Vaillant car. This morning in the pits, I didn’t know if I am in reality or in the comic strips,” he added. 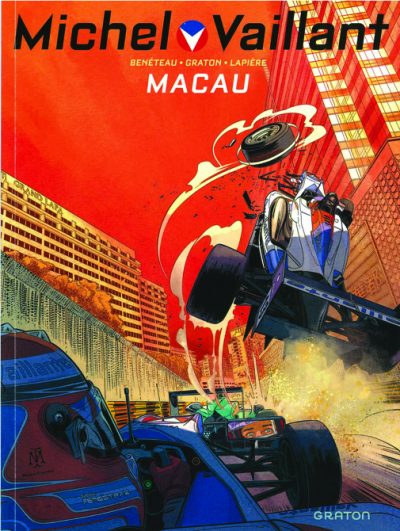 “I have to thank Philippe Graton for this amazing opportunity,” said Fenestraz in reply. “When I saw the book for the first time I was over the moon. I was [astonished] with how close it is to real life… even now as I am jumping in the car, it feels like I am in the comic. It’s a real pleasure being a part of the Michel Vaillant family.”

The idea of bringing Michel Vaillant back to Macau was planted while Philippe Graton attended The Script Road – Macau Literary Festival last year to present an exhibition of some of his father’s work. In order to prepare for Vaillant’s return, the production team extensively toured the MSAR last year, scoping out possible locations and taking thousands of pictures.

“It was really a unique experience for me [to work on this project],” said illustrator Benéteau. “I took like 4,000 photos last year to make the album, so it was nice to visit the city again today and rediscover the city after drawing it. […] This is a really beautiful city and I have fallen in love with it.”

Vaillant’s second adventure in Macau is the seventh comic book since the series was relaunched by Philippe Graton with a more updated, “21st century touch.”