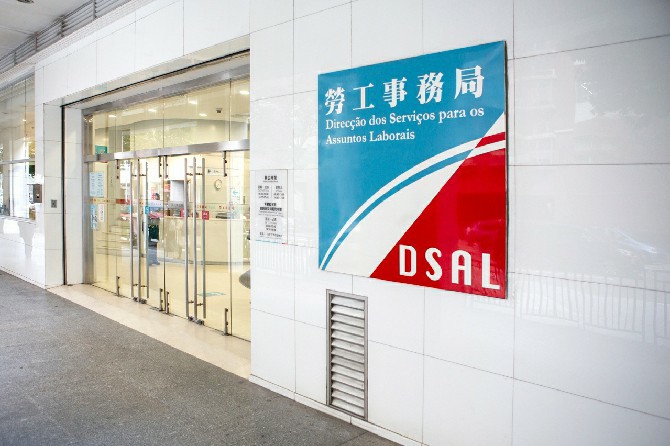 Approximately 30 furloughed members of local lobby group Macau People Power submitted yesterday a letter to the Labor Affairs Bureau (DSAL) requesting that the authority reduce the number of non-resident workers in Macau.
Group president Iam Weng Hong said that the group received a significant amount of feedback that local laborers are feeling the effects of the Covid-19 pandemic, leaving them either unemployed or forced to take unpaid leave.
In response to the situation, he requested that the government take this chance to enact tight management of the number of non-resident workers in the city, by which he meant cutting the number of such workers allowed in Macau.
Iam said that he viewed this solution as a way to streamline the local employment market, freeing up work vacancies for local residents who are unemployed or underemployed.
He added that a lot of university graduates were still searching for jobs, many of whom had graduated some time ago, and requested the government’s attention to this issue as well.
Recruitment agencies previously told the Times that new graduates are now facing an even tougher time in seeking employment compared to last year, despite the positive projection for the city’s current economy and the large number of positions available at university job fairs.
Meanwhile, Iam pointed out that the local minimum wage is MOP32 per hour or MOP6,650 per month which, in his opinion, is not enough to support a normal lifestyle in Macau. Consequently, he requested the government raise the minimum wage level to MOP36 per hour.
A participant in the delivery of the letter said that she was dismissed by her employer in January this year and claimed that she could not get a new job even after attending “20 job-matching sessions” held by the DSAL. As a mother of two, she said, in order to maintain an “acceptable lifestyle” she needs a job that pays at least MOP20,000 per month.
Last week, lawmaker José Pereira Coutinho urged DSAL to probe into the case of the University of Saint Joseph (USJ) to ensure that the number of hired foreigners in the USJ does not exceed the limit required by the law.
This comes after the alleged firing of nine professors “without justifiable cause.”
Also last week, a group of lawmakers has called on the government to enforce more measures to protect the employment of local residents.
The unemployment rate of local residents stood at 4.1% for the three-month period of March to May this year. AL