Group to arrange flights from Taiwan for returning students 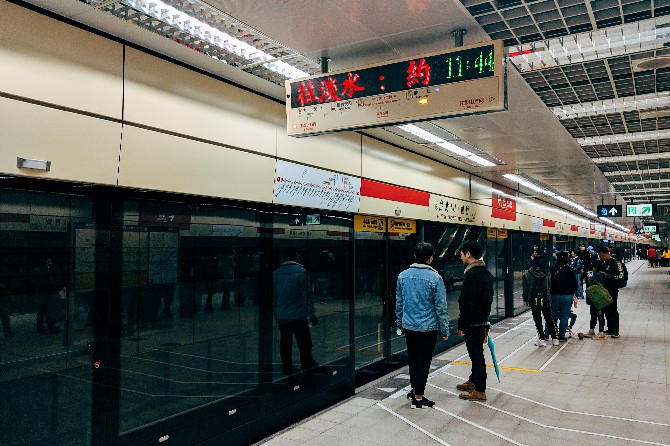 More than 500 Macau students currently in Taiwan have expressed their intention to take a unified flight to return to Macau, Choi Man Cheng, President of the Macao and Taiwan Youth Exchange Promotion Association has disclosed.
According to the association head, the group is coordinating said flight.
Choi recalled that expressions of interest in returning to Macau during the summer holiday started coming in since the end of April. Up until Saturday, more than 500 notices have been received.
These notices are mainly sent from graduating university students who want to return to Macau to pursue their careers, along with some graduate students. Choi said that he was aware some social media groups were seeing similar notices as well, so he believed the count would rise further.
The preliminary plan of the association, according to Choi, is to set up certain gathering spots in Taiwan. Chartered buses or coaches will then be arranged to fetch them at these spots and deliver them to airports.
He added that talks with Macau airlines were held to discuss the possibility of gathering all students to take the same flight back. A plan is expected to be confirmed next week, Choi said.
Nonetheless, non-graduating students are facing a difficult situation. Some of them expressed their worries that the summer holiday would drastically shorten when the periods of quarantine in both places were deducted.
Currently, entrants to Macau having been in Taiwan within the 14 preceding days are required to undergo 21 days of quarantine-upon-arrival.
When asked about the main concerns of these students, Choi said they had opinions on the price of PCR per nucleic acid test in Taiwan. The lowest-priced test in Taiwan, Choi said, costs NTD5,000, which is equivalent to approximately MOP1,400.
In Macau, a PCR test costs MOP90.
The association has also received 262 messages seeking help or clarification regarding concerns about the relapsing infections in Taiwan. More than 4,000 cases have been recorded since early last year. The association also disclosed that about 300 students have not returned to Macau in two years.

Alert level for Taipei raised
Taiwan recently imposed restrictions on gatherings and ordered entertainment businesses to shutter operations as it raised the alert level in its capital to battle a surge in local Covid-19 infections.
Authorities encouraged people to stay at home this weekend as a record 180 new local cases were reported on Saturday. Indoor family and social gatherings in Taipei will be limited to five people, while outdoor ones will be restricted to 10, they said, as cited in a Bloomberg report.
The alert level for Taipei and New Taipei city will be raised until May 28, Health Minister Chen Shih-chung said in a briefing on Saturday. Schools and offices will remain open, as will department stores and restaurants.
Chen said the restrictions aren’t a lockdown but meant to curb the movement of people. The threshold of a lockdown is when there is an average of 100 or more new local cases added daily for 14 days, he said. Other prerequisites include that the source of infections are unclear for at least half of the new cases, according to a government statement.
The increase in infections threatens to shatter Taiwan’s status as one of the world’s biggest success stories in containing the pandemic. Before the current surge, Taiwan was one of just a few places in the world that had all but eliminated the virus, including Singapore, Australia, New Zealand and China. Taiwan has 1,475 confirmed cases and 12 deaths as of Saturday.
That changed in the past week, with the addition of about 250 local cases. Health authorities have struggled to contain a slowly growing outbreak centered around a hotel used to quarantine airline pilots.

DSEDJ asks students to ‘carefully consider’ the necessity of return

As summer holiday approaches, the Education and Youth Development Bureau (DSEDJ) has issued a statement encouraging Macau students currently studying outside the city to reconsider their need to return.
In addition, the DSEDJ is conducting an online survey to gather information on the intention of students who want to come home during the summer holiday.
It requests that students who want to return to the city to fill out the survey. The DSEDJ will contact them when necessary based on the information collected by the survey.
In the statement, the bureau also reminded students to be careful with their own health conditions and gear up personal protections against the infection. They are also reminded to pay attention to developments of the Covid-19 pandemic and related health measures.
The bureau noted that it is aware certain groups are consolidating flight seats for Macau students in Taiwan. AL