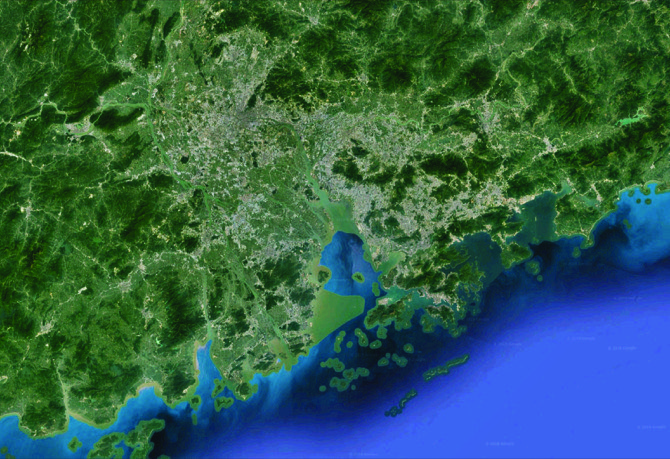 The Guangdong provincial government has recently released two documents on the direction of future Greater Bay Area (GBA) development, which outline the major objectives of the project and offer specific plans for its implementation over the next three years.

According to the documents, the foundation of the Greater Bay Area should be basically established by the end of next year. Then, by 2022, the daily routine aspects of the GBA should already be working.

By 2035, the Greater Bay should have become a leading bay area in global terms.

Nine major objectives were outlined in the documents. From innovative systems to environmental protection, the Greater Bay is imagined as the center for new technologies and a modernized infrastructure system encompassing communications, energy and water. The innovations will benefit the three regions of Macau, Guangdong and Hong Kong.

In order to secure the realization of these visions, the ensuring measures were set out to guarantee a favorable environment is built, including project coordination, policy making, and risk management and control, among others.

In the mean time, the “action plan” consists of 100 focused initiatives in nine areas. They help coordinate the mid-term development of the GBA, and quantify the targets at each stage.

For example, Macau, Guangzhou, Shenzhen and Hong Kong, being the four central cities of the GBA, are considered the engine of the area. The four cities will be further connected to push forward scientific, creative and innovative development across the entire Greater Bay Area.

Cooperation of law enforcement bodies in the GBA will further deepen. A mechanism for exchange will be set up for such bodies in all 11 cities, while a connected action mechanism has also been proposed.

Infrastructure will also be upgraded. Train networks will continue to expand, while airports will join together under a cooperative development strategy.

Financial services and products will be upgraded to transform the area into a hub for such products and services.

Work will also be done to enhance the quality of life for residents within the GBA. For example, Macau residents will continue to benefit from certain taxation privileges.

Plans to development second- tier districts in Guangzhou, Zhuhai and Shenzhen are also stated in the documents, even as they stress the importance of conserving the natural environment. Staff reporter