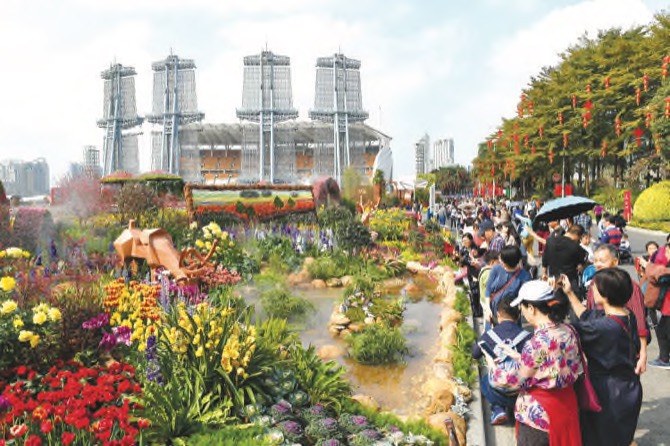 Known as the “Flower City” because of its blooming flowers all year round, south China’s Guangzhou plans to build a world-class garden named “Guangzhou Garden,” local authorities said.

Construction of the project will start in May,  according to the Guangzhou Municipal Bureau of Forestry and Landscaping. The bureau has issued a report on the location of the new garden, seeking public opinions.

According to the report, the “Guangzhou Garden” is planned to be built in the south part of the Baiyun Mountain scenic area with a planning area of 151.8 hectares.

The garden will consist of three functional parts including a city leisure park, including a core area with a world-class boutique garden, and a comprehensive service area which can be used for Guangzhou’s flower industry exhibition, and flower culture experience area, a comprehensive ecological park and performance stage.

The garden will showcase native flowers and world flowers. It will be open to the public throughout the year, with an extra long flowering period of more than eight months, according to the report.

It is also estimated that the annual number of visitors to the garden will reach 8 million.

Construction work is expected to be completed in three years.

Upon completion, Guangzhou Garden will regularly hold events to attract tourists, such as a flowers-decorated floats parade in the garden, creative fairs, cultural activities and annual horticultural exhibitions. Xinhua