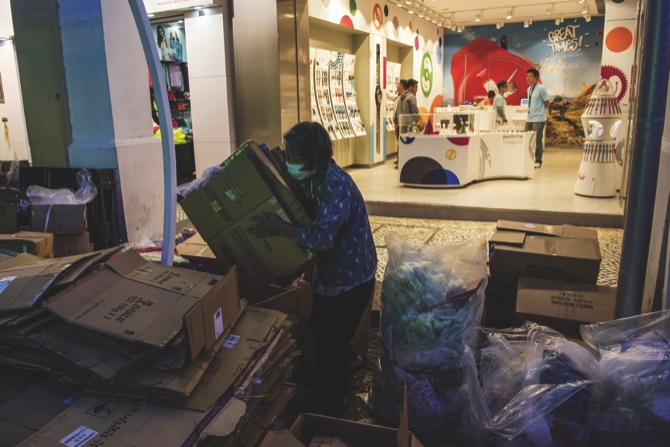 A Guardian report issued yesterday describes Macau as Asia’s Las Vegas, focusing on the still-wide gap between the rich and poor, as well as quoting a local lawmaker who claims that the government only has their ears turned to the elites.

The report mentions that on paper, Macau is listed as the world’s third wealthiest city behind Luxembourg and Qatar, according to the International Monetary Fund.

Local government statistics claim that only about 2.3 percent of Macau’s population lives in poverty, but the percentage is based on income and does not take into account the staggering costs of living.

The ever-rising costs of living have even forced some to leave the Asian gambling hub to seek a cheaper life across the border in China.

Lawmaker Pereira Coutinho is cited as saying that the government does not help the poor as corruption is rampant, adding that only the rich have their voices heard by the government.

“The poor are ignored and suffer. All the land is reserved for casinos, and instead of building housing for the poor, the government is giving out more allocations for gaming tables,” he laments in the report.

The local politician also voices regrets that the annual wealth partaking scheme worth MOP9,000 is only to “keep their [residents] mouth shut about politics.”

Coutinho blames Macau’s political system for the gap between the rich and the poor. He finds the system fundamentally flawed: an unelected committee chooses the head of the MSAR, and professional organizations, together with Chief Executive Chui Sai On, appoint more than half of the legislature.

The report notes that the majority of members in the legislature, including the Chief Executive, are pro-Beijing, and concludes that “Macau politics are dominated by politicians and tycoons loyal to China.”

Paul Pun, head of Caritas Macau, described the gap between the rich and the poor as “wide”. He admitted that the government is aware of the issue but hinted that it lacks the courage to face the problem.

Caritas Macau estimates that some 10 percent of the population lives in poverty, with 7 percent struggling to fulfil basic needs such as food.

“The gaming industry should be required to provide housing for migrant workers: that would greatly lessen the problem,” Pun suggested.

About a third of the region’s 650,000-strong population are migrants.