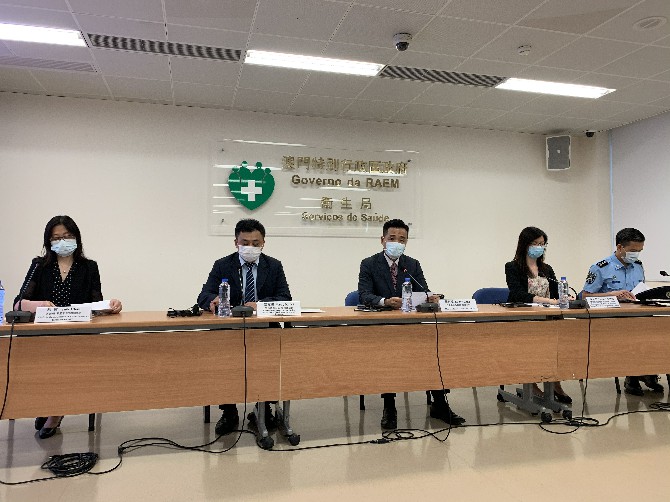 As the 13th round of the centralized mask supply scheme begins today, a child’s ID will now allow the buyer to purchase a maximum of 10 children’s masks, the Health Bureau (SSM) has announced.
The updated arrangement was made to help cope with the resumption of primary school on May 25, when Primary 4 to 6 classes will resume. The week after, Primary 1 to 3 classes will follow suit.
As a result, the SSM has implemented special arrangements to allow kids aged between 5 and 8 to obtain 10 masks during the period. Otherwise, they can opt to buy 10 adult masks or five of each.
Guidelines co-issued by the SSM and the Education and Youth Affairs Bureau (DSEJ) require students to wear masks throughout the school day.
Other details of the 13th round remain unchanged from the previous round. However, children’s masks will only be available at the SSM’s Health Centers.
Today there will also be a new round of mask supplies available for Macau tertiary education students abroad. As in previous rounds, they should log onto the Higher Education Bureau’s website to register, starting from 5 p.m. today until the end of this month. Details about the required identification documents are posted on the bureau’s website.
Wong Ka Ki, head of the Education Department of the DSEJ, stated that school resumption has been executed in a smooth fashion. Ahead of the next phases of school resumption, schools have conducted drills to be better prepared, Wong revealed.
He further disclosed that his bureau is in constant communication with other authorities, such as the Public Security Police Force (PSP), the Transport Bureau and the Meteorological and Geophysics Bureau. This is to secure smooth traffic and transport arrangements, as well as effective dissemination of weather forecasts.
The police will also help ensure the immigration clearance process is smooth for cross-border students, provided they have completed the required procedures.
A video depicting a run on cooking oil at a Royal Supermarket store in Fai Chi Kei went viral on social media yesterday. At least 50 middle-aged to elderly people jostled to grab their share of cooking oil, which was believed to be offered at a discounted price.
The scene violated the SSM’s instructions regarding crowds and maintaining social distance of at least arm’s length.
When questioned about the incident, Ma Chio Hong, head of the Division of Operation and Communications of the PSP, told the press conference that the law-enforcement authority has kept an eye on the crowdedness of various places.
“We are aware of the situation,” Ma said. “We have deployed officers to assist in keeping order.”
He took the chance to remind members of the public about the SSM’s instructions. “I hereby remind the public to avoid crowd gatherings,” Ma said. “We should also keep a meter of physical distance between each other.”
As for the maximum number of people a venue can hold at one time, Leong Iek Hou, coordinator of the local Center for Disease Control and Prevention, said that the number is determined by the license of these venues.
“Different venues have different capacities,” Leong said. “The licensing body determines the venue’s maximum capacity with consideration of its floor area.”
Reiterating the previous instructions on the resumption of continuing education establishments, Leong said, “we recommend cutting the capacity to half of the allowed figure, so as to ensure sufficient space between one another.”
With reference to supermarkets, the coordinator admitted that there is a grey area. “There is no maximum capacity stated on their license,” she said. “It will then depend on the operator to maintain a reasonable distance between each customer.”