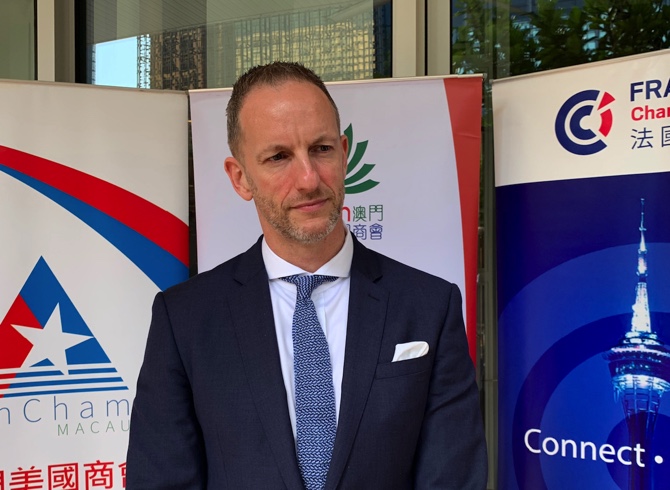 The potential for property development in Hengqin is significant, as is local residents’ access to such real estate, said Jones Lang LaSalle’s chief operating officer (COO) for Greater China, Gavin Morgan, citing the expansion of Hengqin Port as one of the main factors.

Speaking to the press on the sidelines of an Inter-Chambers Business Lunch conducted by Britcham, Amcham and the France Macau Chamber of Commerce, Morgan said that the interconnection between Hengqin and Macau would increase synergy between the two cities.

Although there have been several developments and focus on specific sectors, the JLL official said that there is still a significant amount of land that could cater to future developments.

“There’s huge optionality there to still play around with mixes and zoning to make it the place that it needs to be based on future demand, which is one of the reasons why I remain optimistic,” Morgan told the press.

“If the demand comes and the development and expansion of this area transpires, we believe that […] the opportunity is definitely there to facilitate it,” he added.

During Morgan’s seminar, he restated that Hengqin could be a solution to the lack of office space in Macau in the future.

Thus, the real estate expert said that the local market, which has a low vacancy rate and almost a non-existent future supply pipeline, may form synergies with its neighboring region to meet the demands for space to accommodate workers that want to be based in Macau.

“The reason why I see it being healthy is [that] it’s slightly unusual in that it predominantly caters for domestic purchasers, relatively speaking, when you compare with other markets in the Greater Bay Area,” he said.

Commenting on Hong Kong’s current real estate market, the COO said that despite the ongoing social unrest that has been occurring over the last several months, it is likely that Hong Kong will return to “big peaks and troughs” in the future.

“Hong Kong has become less volatile over the last decade, which is why you’ve seen a much gentler motion in all sectors of the property market,” he said.

JLL is also not seeing a significant dip in commercial and residential market pricing, nor it is detecting any signs of panic-buying of properties from residents seeking to unload properties in Hong Kong.

“It still feels like quite a robust market,” he added.