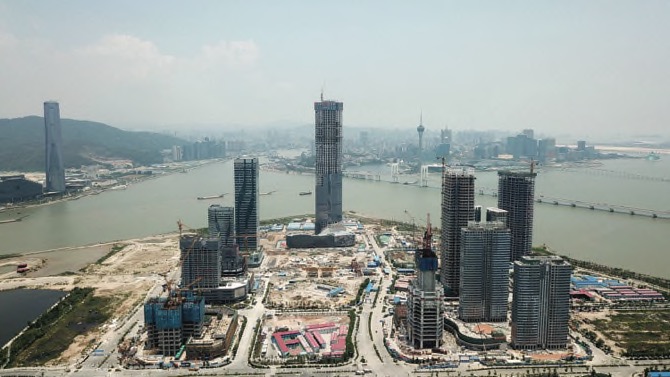 A government official in Hengqin has proposed providing visa-free access to foreigners who enter the island from Macau, according to a report by public broadcaster TDM.

The proposal was told by the Director of the Administration Committee of Hengqin New District, Yang Chuan, to Zhou Peng, deputy head of the economy department of the Liaison Office in Macau.

Zhou led a group to Hengqin to visit the district’s special tourism project, and also to attend a talk featuring the development plan of Hengqin’s international tourism and leisure island.

During the talk, Yang made several other proposals: to form a Hengqin tourism association as soon as possible; to enhance communications between Macau and Hengqin’s tourism industry; to explore cooperation between the two regions’ tourism industries; and to study a cross-border tourism project.

Regarding the visa-free proposal, Yang hopes that more overseas travelers who come to Macau visit Hengqin without having to apply for a Chinese visa.

Although the proposal was made, there has been no news yet concerning any visa-free access scheme for tourists to enter Hengqin.

Previously, mainland China granted several convenient visa schemes for foreign visitors, including visa-free access to Hainan island, and a 144-hour visa- free transit facility for some cities on the mainland.

However, the above mentioned visa mechanisms China has issued for foreigners come with a batch of restrictions. For example, tourists who wish to use the 144-hour transit visa-free scheme are only given permission to visit certain cities in the vicinity of the port through which they entered China. JZ