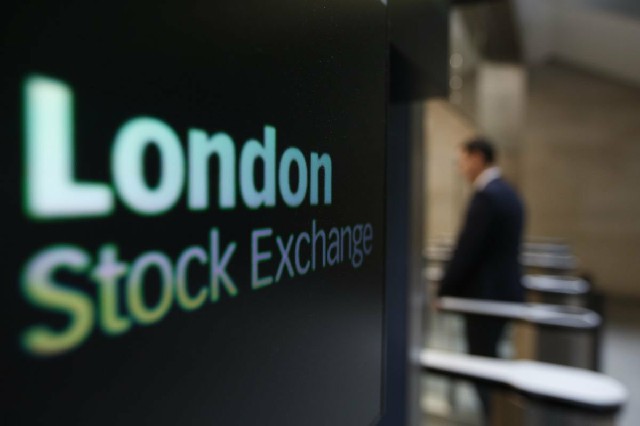 The Hong Kong stock exchange wants to buy its London counterpart to create a company worth more than $70 billion that could shore up the U.K. capital’s status as a global financial hub after Brexit.
Hong Kong Exchanges and Clearing Ltd. (HKEX) said yesterday it is looking at a deal that would that value the London Stock Exchange Group at 29.6 billion pounds ($36.6 billion). A tie-up, it said, would provide the London firm with a key opening to Asian markets and offer big savings.
The London Stock Exchange (LSE), which is over three centuries old, said in a statement it will consider the cash-and-shares proposal. But its position is complicated by the fact that it is in the middle of a takeover of its own, for data provider Refinitiv Holdings, that would be derailed by any agreement with the Hong Kong exchange.
LSE’s board “remains committed to” the acquisition of data provider Refinitiv, highlighting the hurdles facing an offer that it called unsolicited, preliminary and highly conditional. The board said it would consider the proposal and make a further announcement later.
LSE’s shares pared earlier gains, reflecting skepticism that a deal can be done in the face of unrest in Hong Kong and potential concern over Chinese ownership. LSE executives and investors may also view the $27 billion takeover of Refinitiv, aimed as a push into financial data, as a more secure future than a multi-continental combination of stock exchange operators. For HKEX, the bet on London remaining a post-Brexit financial hub promises a base away from the increasingly fraught political climate at home.
Under the proposal, HKEX would offer 2,045 pence as well as 2.495 newly issued HKEX shares per LSE share. That values each LSE share at 8,361 pence, the Hong Kong bourse said in its statement. The U.K. company’s stock rose 4.2% to 7,088 pence on Wednesday at 12:28 p.m. in London, after earlier surging as much as 16%.
The Asian bourse operator had considered the “ambitious and far-reaching” deal for one of Europe’s largest exchanges for many months, HKEX Chief Executive Officer Charles Li said in a statement yesterday.
The Refinitiv deal was a bet by LSE on a future dominated by data, as the three-century-old exchange looks for ways to extend its global reach. Acquiring Refinitiv, the former financial and risk unit of Thomson Reuters, would help the London bourse expand further into data analysis.
An HKEX-LSE pact would put an end to the Refinitiv purchase, instead creating a global trading power that would have stock, derivatives and commodities exchanges, as well as clearinghouses across two continents.
A successful takeover by HKEX would scupper plans by Blackstone Group Inc., which was part of a group that bought a majority stake in Refinitiv last year and would double its money if the LSE deal goes through.
In a media call after the bid was announced, Li said HKEX’s offer was “something fundamentally different” to the Refinitiv tie-up for LSE and its shareholders.
“Superior growth, superior strategic prospects and tremendously different and enhanced value creation for shareholders,” he said. “Growth prospects for both companies, and strategic positioning for both cities.”
Bloomberg LP, the parent of Bloomberg Intelligence, competes with Refinitiv and Thomson Reuters to provide financial news, data and information.
European exchange operators have outperformed the broader market this year, with LSE surging 77%, Euronext NV up 38% and Deutsche Boerse AG rising 30%.
Both HKEX and LSE have been involved in dealmaking in recent years, with the latter failing in its attempt to combine with Deutsche Boerse and HKEX acquiring London Metal Exchange in 2012 for 1.4 billion pounds ($1.73 billion).
LSE’s efforts to merge with Deutsche Boerse were ultimately scuppered by political considerations. HKEX’s proposed move could fall at the same hurdle, said Ronald Wan, chief executive at Partners Capital International Ltd. in Hong Kong.
“A takeover from Hong Kong, a special administrative region of China, could be seen as a takeover from China. It won’t be easy to clear all the regulatory hurdles – the deal is super politically sensitive,” he said.
U.K. Business Secretary Andrea Leadsom, speaking on Bloomberg Television as news of the deal broke, said the British government would scrutinize any tie-up between the exchanges. Leadsom said the U.K. authorities would “look very carefully at anything that had security implications for the U.K.”
HKEX was created in 2000 after the merger of stock and derivatives exchanges in Hong Kong. The company went public later that year.
Li said earlier this year in the company’s latest strategic plan that HKEX aims to be “globally connected,” while being “China anchored.” In recent years he has tied his business more closely to the Chinese mainland, in particular with the start of stock and bond trading links to markets in Shanghai and Shenzhen.
As well as its iconic stock exchange, LSE runs businesses including the world’s biggest over-the-counter derivatives clearinghouse, LCH Ltd.; index provider FTSE Russell; a European share trading venue called Turquoise; and Borsa Italia.
Hong Kong lawmaker and HKEX shareholder Christopher Cheung said he was most concerned that HKEX might overpay. Cheung, a veteran broker, said in an interview that he thinks it’s getting harder for HKEX to start more trading links with China, citing U.S.-China trade tensions and the recent protests in the city against growing influence from Beijing.
“If Hong Kong cannot count on itself to maintain its status as an international finance center, it is only natural to seek horizontal, inorganic growth through acquisition,” he said by phone. Kiuyan Wong & Viren Vaghela, Bloomberg