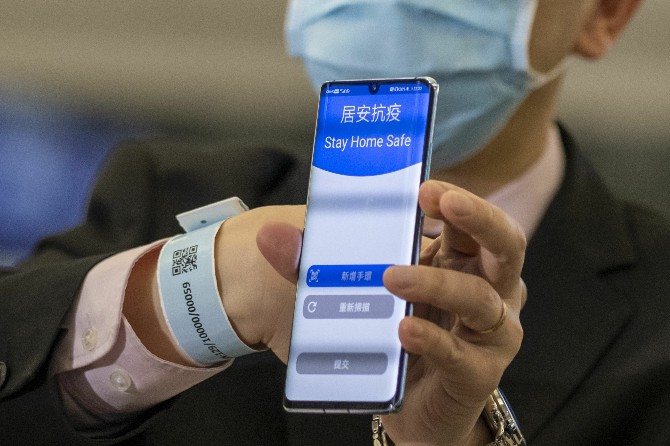 Late last week, as Hong Kong reported a spike of new coronavirus cases, resident returnees found themselves at the center of controversy as imported cases of the virus threaten a city widely regarded as a model of containment.
“They thought they were escaping the virus and now they’re bringing it back with them,” said one resident of Hong Kong. “It really annoys me. If anyone is masking up, it should be the people who left and came back. We stuck it out and stayed.”
In the last week, hundreds have rushed back to Hong Kong, in part to avoid the government deadline that subjects all international arrivals to a 14-day self-quarantine. The influx has more than doubled the number of cases in Hong Kong to 356, a shocking spike after the local government had mostly contained the spread of Covid-19 for the past two months.
In response to the surge, Hong Kong Chief Executive Carrie Lam issued a 14-day ban on foreign non-residents and moved to restrict alcohol sales at bars, restaurants and nightclubs. Fighting back tears, she slammed the growing numbers of people who have been caught breaking quarantine.
“To anyone who intends to breach the quarantine orders, anyone who still wants to go out and meet up with friends, can you not be restrained for some more time so Hong Kong can win this battle?” she said.
The spike has exploded new tensions among the city’s expatriates. Bankers, lawyers, pilots and business people are now trading blame, blasting quarantine-breakers on Facebook and threatening to report their neighbors to the police.
It’s also given new ammunition to local Hong Kongers irritated by the lax mask-wearing standards of foreign residents, with several newspapers running front page articles criticizing bare-faced expatriates and displaced college students hanging out in bars despite calls for social distancing.
Until last week, many in Hong Kong, Singapore and even China assumed the worst had passed. Hong Kong had closed schools and community facilities and ordered civil servants to work from home beginning in late January. Less than 10 days ago, officials felt confident enough to invite city workers back to their offices and to reopen some libraries and public spaces.
Then, on Friday, the city registered a single-day record of 48 confirmed cases, the majority of them imported. Officials continue to report quarantine violations, in spite of the threat of up to six months in prison and fines of HKD25,000 ($3,200).
On Sunday, Hong Kong caught five returners who had broken quarantine – two by removing electronic tracking bracelets. Another 36 people who left their apartments without permission are on a police “wanted list.”
Many foreign residents who stayed, working from home with young children in small Hong Kong apartments, standing in line for toilet paper and other supplies are raging on social media against those who are now coming home and refusing to self-isolate.
“If you were afraid to stay in HK when shit got real, and you ran away to your expat enclave – you can now hole up in your pint-sized apartment for the next two weeks and eat Pizza Hut delivery,” one resident wrote in a local Facebook group. “Welcome back. Now, suck it up.” MDT/Bloomberg