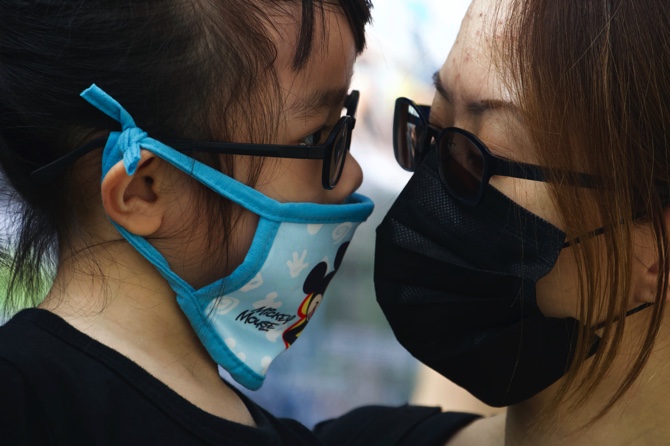 Riot police have reportedly fired more than 9,000 rounds of tear gas since protests began roiling the Chinese territory in June, often in crowded areas and also near schools.

With police now buying canisters from China, there are rising fears that the tear gas could release toxic chemicals including cancer-causing dioxin. A local journalist covering the protests reportedly said he had been diagnosed with a skin condition linked to exposure to toxins including dioxin.

The government this week said there was no evidence of any health or environment risks and has refused to reveal the chemicals in the tear gas, citing operational concerns.

“Does the government have something to hide? With police firing tear gas wantonly, how do we protect ourselves and clean up properly after exposure?” Emily Ku, 33, said as she marched with her 5-year-old daughter in a Kowloon suburb.

More worrying is the unknown long-term impact on children’s health, she said.

Another marcher, Michelle Lam, said she and her 6-year-old daughter, who live in an area that has been a frequent protest site, have suffered worsening sinus symptoms in recent weeks due to tear gas.

“The government should respond to the people’s demands and not use tear gas and other hard tactics to suppress our voice,” she said, before the march ended peacefully. MDT/AP