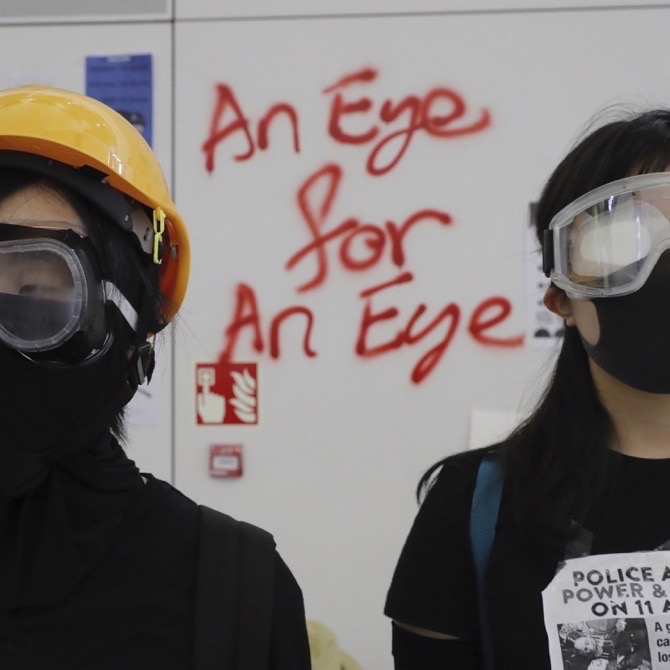 Protesters who have occupied Hong Kong International Airport wore bandages over one eye in a sign of solidarity with a comrade reportedly hit with a type of non-lethal ammunition known as a beanbag round.

The Associated Press has not verified who caused the woman’s injury on Sunday, and photographic evidence has been scanty. However, demonstrators who prompted the shutdown of one of the world’s busiest airports have taken up the reported injury as their latest rallying cry in their demands for an investigation into alleged police brutality over the course of the 10-week protest movement.

Demonstrators on Monday showed an array of bandages, most of them colored red with fake blood.

Hong Kong’s embattled leader, Carrie Lam, has said she is “heartbroken” over people who have been injured in the clashes and encouraged those who have been hurt to make police reports. Lam said Monday that she would visit the woman with the injured eye when it is “convenient.” 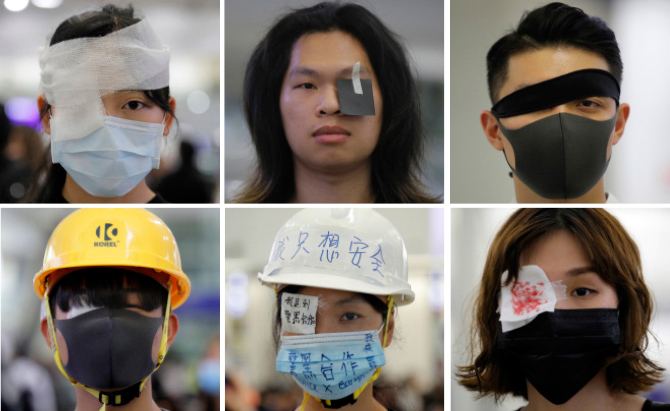 Police spokesmen and Hong Kong Secretary for Security John Lee said that police were still gathering information about the cause of the woman’s injury. Lee said police have struggled to investigate the case because no one has formally reported the incident.

Hong Kong police have used beanbag rounds, along with tear gas grenades, rubber bullets and batons, to fight off protesters who have besieged government offices and police stations and occupied the airport over the weekend, eventually forcing its closure and the cancellation of hundreds of flights. AP