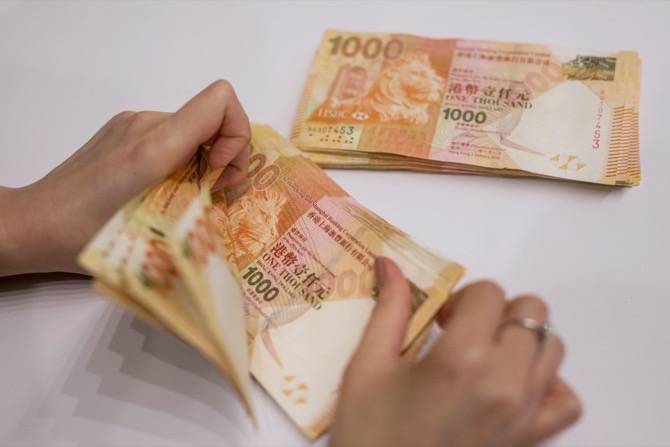 Hong Kong’s dollar continued its slide into the weak half of its trading band yesterday as traders predicted the city’s recent liquidity squeeze is nearing its end.

The Hong Kong dollar had strengthened as much as 0.9% from late May as the city’s supply of cash shrank, lifting local borrowing costs and hurting a popular short trade. Analysts cited looming share sales locking up funds and firms preparing to pay for dividends as the reasons money market rates surged. The tighter liquidity also coincided with the large protests.

“The worst part of the liquidity squeeze is behind us, and the market had been overestimating the tightening effect of IPOs in the first place,” he said. “There’s no strong catalyst for inflows in the stocks market either, suggesting a lack of support for the Hong Kong dollar.”

The Asia Pacific beer unit of Anheuser-Busch InBev NV aims to raise as much as $9.8 billion in the city, and Alibaba Group Holding Ltd. is said to have plans for a listing as large as $20 billion. Previous large share offerings have helped trigger jumps in local borrowing costs. MDT/Bloomberg