HKZMB criticized for letting the tourists out too quickly 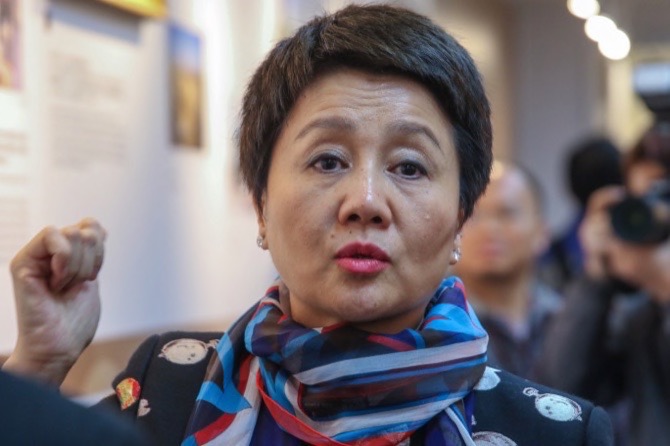 After constant praise from almost all sectors in Macau in the initial months after its opening, the Hong Kong-Zhuhai-Macau Bridge (HKZMB) is now becoming the source of some criticism, namely from several lawmakers in Macau’s Legislative Assembly (AL). The ‘honeymoon period’, since the mega-structure opened to the public in October last year, is now beginning to fall apart.

In several interpellations to the government, lawmakers have been using the period before the agenda of the plenary session of the AL to criticize several aspects of the bridge’s operation.

Angela Leong was the first to address the issues, remarking that according to the latest data provided by the Statistics and Census Bureau, the number of visitors to Macau in June exceeded 3 million, a figure that represents a year-on-year increase of 18.9%. Nevertheless, she noticed that the number of same-day visitors increased by 35.4%, resulting in a decline in the average length of stay.

Leong said that the government has noted that such figures come “with the operation of the HKZM Bridge, which has made transportation more convenient, leading to a significant increase in [same-day] stays, increasing the struggle to attract more visitors to stay overnight in Macau.”
In her opinion, the bridge is bringing tourists into Macau quicker than before, but also letting them out just as fast. She said it contradicted the bridge’s goal of increasing visitors’ length of the stay as established by the central government in a bid to transform Macau into a “World Tourism and Leisure Center.”

The lawmaker has urged the government to take measures to “increase the attractiveness” of Macau as a destination by developing new tourism products as well as upgrading the quality of tourist facilities, sites and services.

The lawmaker also said that the government should carefully review the local calendar of events and ensure that major events are not “excessively concentrated” in one limited season. This is to make sure that there are no long periods without any major event of interest for visitors.”

Late last week, lawmaker Lam Lon Wai also criticized the lack of planning and logic used by the authorities when they kept the HKZMB in operation when Typhoon Wipha passed near to Macau. The authorities suspended public transportation locally, forcing inbound visitors to stay in the arrival hall without access to transportation to take them to their destination.

Lam noted that all the bridges in Macau, as well as the border crossing points, were closed with the exception for the HKZM Bridge Port and the Border Gate.

The lawmaker noted that the “lack of planning” resulted in the retention of a large number of tourists at the two locations, saying, “in these two border posts, there are no conditions like at the airport or the maritime terminal, where there are places to rest and wait.”

“A large number of passengers who gathered at the Border Gate and HKZM Bridge Port had to face the wind and heavy rain while waiting for the limited number of buses and taxis,” added Lam.

Lam noted that the situation could be improved by a special request from the Transport Bureau to keep one of the bus routes in operation during most of the period when the typhoon hit. This would prevent the accumulation of visitors stranded at the HKZM Bridge Port.

According to the lawmaker, the government has spoken with the company operating the buses on the HKZMB, saying that in the event of another natural disaster of such intensity, the company should suspend the operation of the buses. The last bus coming into Macau should depart 15 minutes before the hoisting of typhoon Signal No.8 or higher. 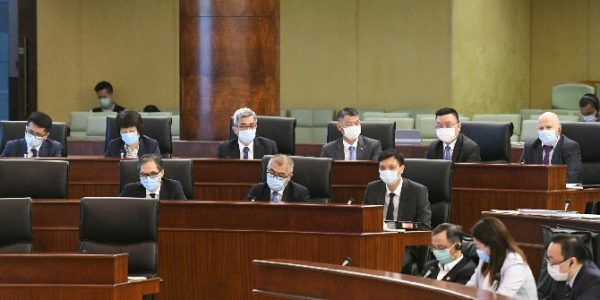 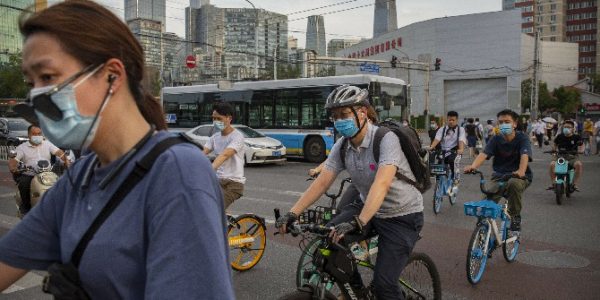