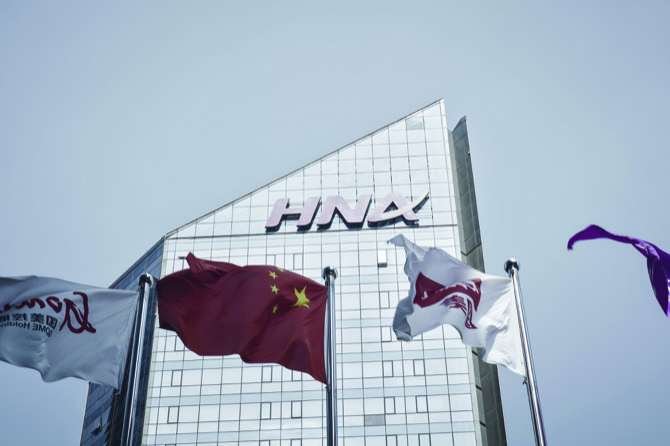 HNA Group Co. is seeking a buyer for its container-leasing business Seaco, people familiar with the matter said, marking the latest attempt by the Chinese conglomerate to reduce its debt pile.

HNA is working with an adviser on the potential sale, which could fetch about USD1 billion, according to the people. The conglomerate decided to sell Seaco as part of its strategy to divest assets unrelated to its core aviation business, one of the people said, asking not to be identified because the information is private.

Seaco, which is controlled by HNA’s Shenzhen-listed Bohai Capital Holding Co. unit, may draw interest from other global rivals in the container leasing industry, the people said. No final decisions have been made, and there’s no certainty the deliberations will lead to a sale of Seaco, according to the people.

HNA has managed to reduce one of the country’s biggest debt piles by selling off dozens of assets from hotels to stakes in aircraft leasing companies. It has been holding talks with Cerberus about the sale of its airport luggage handler Swissport Group and plans to exit its entire holding in Deutsche Bank AG, people familiar with the matter have said.

Seaco offers dry freight, refrigerated, specialized and tank containers, according to its website. HNA Group and private equity firm Bravia Capital completed the $1.05 billion purchase of the company, formerly known as GE Seaco, in 2011 from owners including General Electric Co. In 2015, HNA acquired control of rival container lessor Cronos Ltd. and combined its business with Seaco.

HNA’s total debt fell 9.5 percent to 541.6 billion yuan ($79 billion) at the end of June, down more than $8 billion from a record set at the end of last year, according to figures derived from a half-year report. It’s the first time the number has fallen, based on public data compiled by Bloomberg stretching back to 2005. Bloomberg