Ho accused of committing over 1,500 counts 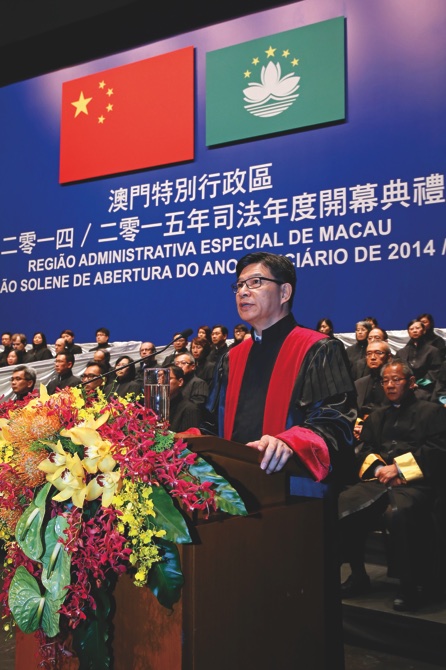 The Court of Final Appeal (TUI) has announced its charges against the former Prosecutor General Ho Chio Meng, who is expected to face the court on December 5. Ho is being charged with 1,536 counts of various crimes.

The former MP head was arrested on February 27, accused of fraud, unlawful economic advantage, abuse of power and document forgery related to the acquisition of goods and services for the MP. The case involves several others, including Ho’s relatives.

TUI’s statement, which was issued yesterday, lists the crimes levied against Ho, including 434 counts of unlawful participation in businesses, 56 counts of money laundering (plus 75 together with other suspects), 69 counts of abuse of power and 19 counts of fraud involving large amounts of money. The list is long and there’s even one count of “damaging goods under public domain.”

Ho had been the region’s top prosecutor after the handover until 2014, when he was replaced and became deputy prosecutor. In February 2015, he was appointed as coordinator of the Committee on Criminal and Legal Studies, the major roles of which are to monitor the development of legal and judicial reforms on criminal matters, and to propose related suggestions and revisions. Ho has on several occasions been considered a potential candidate for the position of Chief Executive, a possibility that he never denied. PB