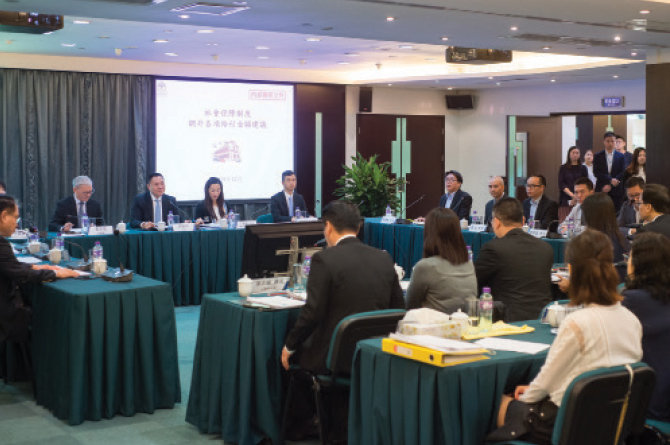 The government has canceled the holiday change proposal in the latest Labor Law amendment. The proposal stated that three days out of four (New Year’s Day, Ching Ming Festival, the day following Chong Chao, and the Chong Yeung Festival) could be taken on other public holidays, meaning that these days could be normal working days for some workers.

Government and employers engaged in a three-hour discussion about the Labor Law amendment proposals during yesterday’s Standing Committee for the Coordination of Social Affairs.

The participants included the Secretary for Economy and Finance, Lionel Leong, the Director of the Labour Affairs Bureau (DSAL), Wong Chi Hong, the President of the Macau Federation of Trade Unions, Leong Wai Fong (representative of the employees), and the Vice-President of the Macao Chamber of Commerce, Chui Yuk Lum (representative of the employers).

These six amendments will have their drafts finalized and will enter legislative procedures as soon as possible.

“Since there is a huge disagreement between the employers and the employees, the three parties agreed to temporarily shelve the discussion of the ‘three in four’ proposal. We think the government is seeking the truth from the facts,” said the representative of the employees, Leong Wai Fong.

Talking about the meeting, Leong said that “we all have our own basis, and we expressed our own [opinions].” Moreover, Leong expressed that the employees’ sector strongly opposes the ‘three in four’ proposal.

The representative of employers, Chui Yuk Lum, also made a statement on the results of the meeting:

“We, the employers, need especially to highlight that, regardless of the original ‘three in ten’ or the current ‘three in four’, the proposal was not made by us, the employers. Secondly, we feel that the government made this proposal out of kindness, and that the proposal provides flexibility.” Chui added “we hope that the law amendment can fully take care of SMEs and provide them with a better commercial environment.”

However, Chui accused the government of “having completely failed to consider the capacity of SMEs” because it eventually set a five-day paid paternity leave while the previous proposal suggested three to five days.

“We feel like the government disrespected and even ignored the employers’ opinion,” said Chui.

“We expressed our strong dissatisfaction towards this. The government had proposed 14 days to be unpaid, but now the unpaid [leave] has become paid. The government should absolutely bear the compensation for these 14 days,” said Chui.

“We will carry out the follow-up works as soon as possible, including drafting the bill or bringing the law to legislative procedures,” said Lionel Leong.

DSAL Director Wong Chi Hong could not provide information regarding the timetable of the law’s establishment and implementation to the media.