Hong Kong | Best stock rally since 2015 is now under threat 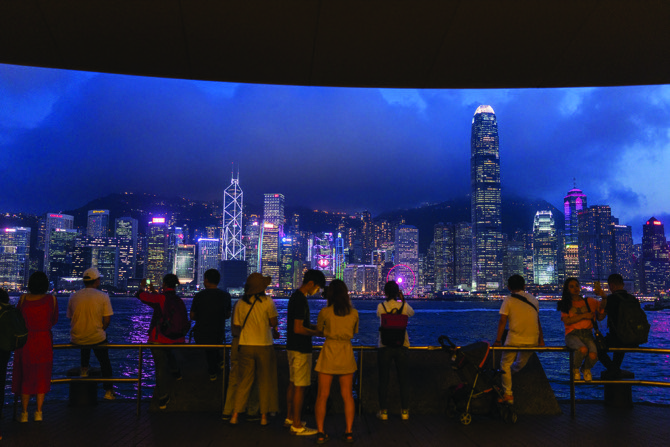 Hong Kong stocks’ best start to a year since 2015 may be put to the test this month as the benchmark gauge struggles at a key level.

After rising about 16 percent this year, the Hang Seng Index is stuck around 30,000 points as drivers of the rally wane: mainland equities are weakening and local borrowing costs aren’t so low any more. Chinese investors are also pulling out. On top of that, Hong Kong’s economy just saw its weakest growth since the aftermath of the global financial crisis a decade ago.

“I think we are going to have a correction,” said Daniel So, a strategist at CMB International Securities Ltd. “Unless we get surprisingly good news from trade talks, the index doesn’t have much good news to look forward to in May.”

The Hang Seng Index was in technically overbought territory as recently as April. Optimism over U.S.-China trade negotiations and data showing an improving Chinese economy boosted investor sentiment, sending the gauge to a nearly 10-month high. The index has slipped 0.3 percent since. It eked out a 0.5 percent gain Friday after sliding as much as 0.9 percent earlier in the day.

China stocks – still the world’s best performers among major markets this year – are looking vulnerable as the government is seen as less willing to add stimulus. That has taken the momentum off Hong Kong equities, which tend to track the mainland.

The local economy may not have much support to offer the stock market either. Data released Thursday showed first-quarter gross domestic product grew 0.5 percent from a year ago, the slowest pace since 2009 and below economists’ estimates.

A stronger greenback may make Hong Kong equities less appealing as investors shift to higher-yielding assets. The Federal Reserve’s latest push back against an interest-rate cut sent the dollar higher late last week. The currency has climbed about 2.1 percent from its January low.

Hong Kong’s borrowing costs will also likely remain elevated over the rest of the quarter, according to Carie Li, an economist at OCBC Wing Hang Bank Ltd., who says the city’s shrinking cash pool is making banks more reluctant to lend. The one-month interbank rate, known as Hibor, has climbed to 1.99 percent from a low of 0.91 percent in late February.

Not everyone is so pessimistic. May is a good time to add Hong Kong stocks as concern over limited stimulus in China has been priced in and first-quarter earnings look upbeat, according to Steven Leung, executive director at Uob Kay Hian (Hong Kong) Ltd.

CMB’s So said that while improving fundamentals would help limit the downside for the city’s shares, better macroeconomic conditions and stronger corporate earnings have largely been priced in. “The upward momentum for Hong Kong stocks is weak,” he said. Kana Nishizawa & Jeanny Yu, Bloomberg