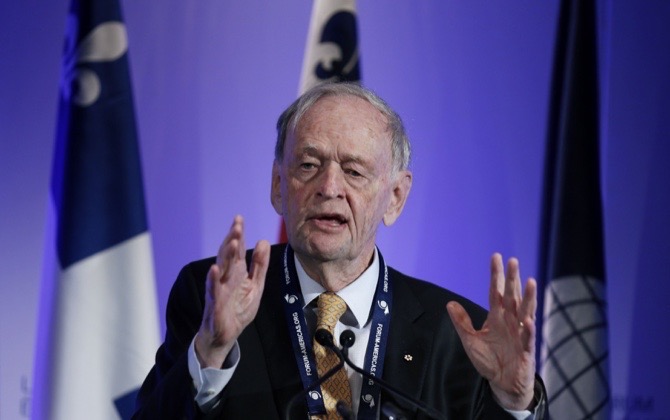 Former Canadian Prime Minister Jean Chretien was taken to the hospital as a precaution after falling ill in Hong Kong, where he was scheduled to speak at a conference on U.S.-China trade. Tung Chee-hwa, a former Hong Kong leader, said in opening remarks that Chretien arrived in the financial hub late Monday and was unwell. He gave no further details on his condition. A spokesman for Chretien did not immediately return a request for comment Monday evening in Ottawa. “As a precaution we have taken him to hospital,” Tung told participants of the conference, hosted by the China United States Exchange Foundation and the China Center for International Economic Exchanges. Chretien is a prominent former prime minister and former head of Justin Trudeau’s Liberal Party. He served as Canada’s prime minister from 1993 to 2003.

Guangzhou, capital of Guangdong Province, is accelerating the development of 5G and is expected to build 14,600 5G base stations by the end of this year, local authorities said yesterday. The number will exceed 65,000 by 2021, when Guangzhou will achieve uninterrupted 5G network coverage in main urban districts and key areas, according to the city’s bureau of industry and information technology. The expansion of 5G network will boost the development of related industries in Guangzhou, such as electronic manufacturing and artificial intelligence, the value of which will top 800 billion yuan (USD116.24 billion) by 2021, it added. Chinese cities are adopting the 5G network to meet public demand. Guangzhou has built and opened 5,000 5G base stations as of the end of June. According to the China Academy of Information and Communications Technology, 5G technology is expected to create more than 8 million jobs by 2030.