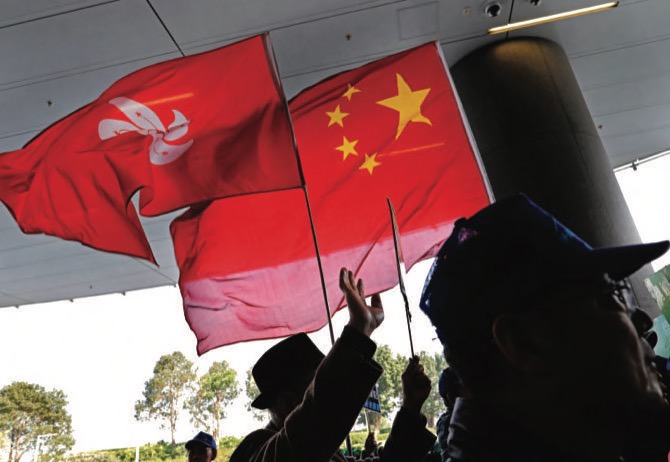 The Liaison Office Director in Hong Kong, Wang Zhimin, recently criticized the fact that there are some people in Hong Kong “colluding with anti-China politicians and organizations.”

Wang said that these people are despised by both the Hong Kong people and the entirety of China, according to reports by media in the neighboring Special Administrative Region.

Wang made his remarks on April 16 during his appearance at the National Security Education Day Hong Kong Symposium.

According to Wang, these ‘anti-China Hong Kong citizens’ hold “closed-door meetings, badmouth Hong Kong and beg for the intervention of foreign countries.”

In Wang’s opinion, the badmouthing of Hong Kong, begging for foreign intervention, as well as the selling of “Hong Kong for glory” would be despised by their Chinese ancestors.

“There is only responsibility for the ‘one country’; there is no distinction between the two systems,” said Wang.

In Hong Kong, a court set the sentencing date for nine of the Occupy protest leaders as April 24; the latest step in a trial that follows the China-backed government’s effort to punish the movement’s organizers.

When talking about the nine protest leaders’ case, Wang said that the group were found guilty in a just trial, which is a victory for Hong Kong and for the rule of law.

Wang emphasized that the illegal Occupy movement was wrapped in a so-called justice package, which was not only hypocritical and an insult to justice, but also caused deep harm to the core value of the rule of law.

Wang pointed out that the Occupy movement has awakened society and must face up to the shortcomings and risks of Hong Kong in maintaining the national security system.

Earlier this week, a National Security Education exhibition was also held in Macau.

Speaking at the event, Macau Chief Executive Chui Sai On called on the Macau local community to contribute to maintaining national security. Specifically, he said that there was an obligation to recognize that the concept of “one country” on national security issues is not at odds with the “two systems” principle. JZ