Hong Kong | Property: A colonial quirk gives some men houses on the cheap 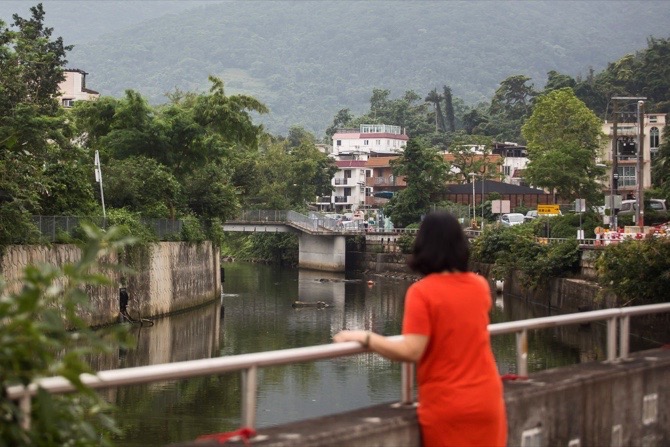 In property-obsessed Hong Kong – where buying a home is impossible for many – being born into an indigenous family provides a ticket to affordable yet decent housing, and an opportunity to get rich pretty quick.

Yet women need not apply.

Under the so-called small-house policy formulated during the British colonial era, male indigenous villagers can seek to build houses on the land they own without paying a premium – generally more than HKD1 million ($128,100) – to the government. The decades-old policy has only recently been challenged in court for its discriminatory nature in excluding women and non-indigenous Hong Kong residents.

The approach is a stark contrast to policies in other developed economies, where anti-discrimination laws have long been in place to ensure residents from all backgrounds have access to housing. The U.S. Fair Housing Act enacted in 1968 seeks to protect against discrimination on the basis of race, gender, religion and national origin.

The law has put the Hong Kong government in an awkward position – even as city chief Carrie Lam vows to make homes more accessible to ordinary people in the world’s least affordable market.

Under the law, any male indigenous villager who is at least 18 years old and who has descended through the male line from a resident in 1898 of a recognized village in Hong Kong’s outer New Territories has a once-in-a-lifetime opportunity to apply. If approved, he’d be able to build a small house for less than 1/10 the price of a regular home.

But don’t be fooled by the name: Though considered small elsewhere in the world, these dwellings are a dream to many in the cramped city, coming with a standard three stories at 65 square meters apiece. What’s more, owners can flip the properties after five years for about 10 times what they paid (excluding the cost of land), at current market prices.

The small-house policy was introduced in 1972 when the rural New Territories was filled with temporary structures and the government sought to improve housing and sanitary standards. Some have suggested that the policy was partly designed to solicit support from village leaders to maintain control over the potentially influential population, according to Civic Exchange, a local think tank.

The size of the indigenous population in Hong Kong isn’t officially calculated. Our Hong Kong Foundation, a pro-government policy group backed by a former city chief, estimates the number to be around 700,000, equivalent to 9% of Hong Kong’s population. Currently, there are 642 villages in the designated indigenous zones measuring 3,380 hectares, of which 60% is privately owned. In other words, land about six times the size of New York City’s Central Park is earmarked for villagers to build homes.

The government has no estimate for the applicant pool because it doesn’t gather statistics on indigenous demographics. However, demand has been steady. Between 2008 and 2017, the government received more than 20,000 applications for small houses, data from the Development Bureau show. During the period, the bureau approved 10,674 applications, allowing 2 million square meters of floor area to be built.

The concept of indigenous people in Hong Kong was a by-product of British colonial rule. Hong Kong today comprises three areas: the island, Kowloon and the New Territories. The British took control of Hong Kong Island in 1842 and subsequently Kowloon. The colonial government leased one large piece of territory north of Kowloon from the Chinese monarchy for 99 years in 1898 to expand its control, which would become the New Territories.

When the British set foot in the plains of the New Territories in 1898, tens of thousands of Chinese people had settled on the land in close-knit walled villages. These villagers who were residing in the territory in 1898 would later be regarded as “indigenous” by law, and so would their descendants through the male line. However, like the majority of people in Hong Kong, they’re ethnic Chinese, sharing the same culture and language.

To respond to the villagers’ fierce resistance to colonial rule, the British decided to grant them a large degree of local autonomy. Land ownership conformed to Chinese law and customs, and their leaders largely were able to govern the villages. Their political influence remains – the city’s legislature reserves a seat for the village governing body that represents indigenous interests.

Legally, the small-house policy is protected by an article in the city’s mini-constitution, which states that “the lawful traditional rights and interests of the indigenous inhabitants of the New Territories shall be protected” by the administration.

A judge decided in April that the law’s discriminatory nature was acknowledged by those who drafted it before Hong Kong’s handover to China in 1997, so that challenging the policy on grounds of discrimination was inconsistent with its purpose. It was upheld.

Women interviewed in the New Territories seemed resigned to the fact they aren’t able to apply and that the court challenge failed.

“It really is unfair,’’ said 52-year-old Leung Chuen-fong, from a four-century-old Chinese temple in the village where she has spent her entire life. “Parents would always spoil the sons – everything was reserved for the boys. It doesn’t matter how competent the girls are.’’ But she has accepted this, she says, because “it’s not happening only now, it was like this in the past.’’

Kammy Tang, an indigenous woman from a village in Yuen Long – the east end of the New Territories – echoes Leung’s indifference. The 28-year-old dance instructor said she doesn’t have strong feelings about being excluded from the policy. “It’s probably because I’ve known this all my life,’’ she said.

Another reason Tang doesn’t oppose the policy that discriminates against her gender is the difficulty in executing the attached rights. The land available to develop small houses is scarce, and villagers often wait years to get their applications approved.

The applicant of the court challenge, meanwhile, has vowed to appeal to scrap the villagers’ rights altogether. The deadline to appeal expires July 9. Shawna Kwan,  Bloomberg