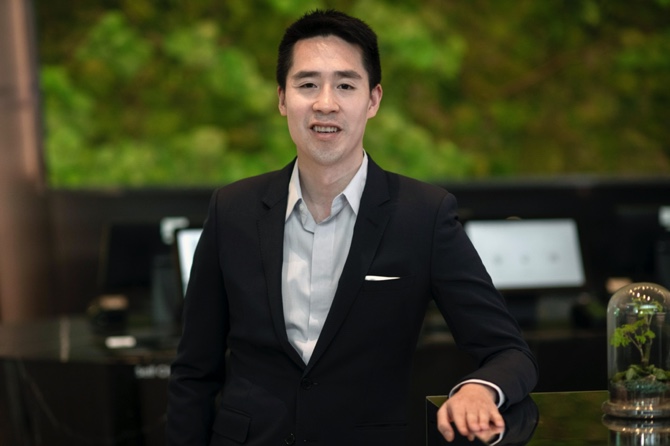 Kwok’s family company, Sun Hung Kai Properties Ltd., announced it will lease three plots of land in the New Territories to non-governmental organizations for eight years for a nominal sum of HKD1. The donation will yield around 2,000 apartments for low-income families waiting for public housing, helping to ease pressure in the world’s least affordable real estate market.

“When any decent-minded person sees these new immigrant families, just people lining up, living in these subdivided units in the city, you would have a heart for them,” the 36-year-old tycoon said in an interview ahead of Friday’s announcement. “Especially us being in the situation, we can do quite a lot more.”

Hong Kong is notorious for its sky-high home prices. Unaffordable housing has forced many into dire living conditions, residing in steel container boxes, illegal industrial sites or apartments the size of a car-parking space. The government estimates that more than 200,000 people live in small subdivided units and one in five residents is below the poverty line.

Since the anti-government protests began in June, local property developers – almost all of them owned by billionaire families – have been criticized by Chinese state media as land hoarders and blamed for pushing up the cost of real estate. That’s partially fueling young people’s rage.

Kwok said this particular project started in June, before the protests erupted, and so wasn’t related to the demonstrations. He declined to be drawn on the current political situation.

“I think when you see the project, not only the launch announcement, but the thought we put behind it, you’ll see that it’s something we put our heart into,” he said. An executive director at Sun Hung Kai, Kwok is responsible for leading the firm’s property-development businesses.

At $35.8 billion, the Kwok family is Hong Kong’s wealthiest clan, according to a Bloomberg Billionaires Index ranking of Asia’s richest families. Their empire is also among the most exposed to the city’s anti-government protests.

On Friday, CK Asset said it will also study using farm land for housing development, although cautioned that transforming such land for housing may take a “relatively long time” to benefit those in need.

Sun Hung Kai also announced that it will develop transitional housing at two other sites, in Kam Tin South and Kwu Tung town. The three projects will span close to 400,000 square feet and provide 2,000 transitional apartments.

United Court is located near public transport and doesn’t require government involvement in building large-scale infrastructure, such as roads. It will feature leisure and recreational spaces, as well as sports and childrens’ facilities. Weekend flea markets will be held on a regular basis and there will be social enterprise stores, like a community kitchen and barter trade shops. Fion Li & Shawna Kwan, Bloomberg