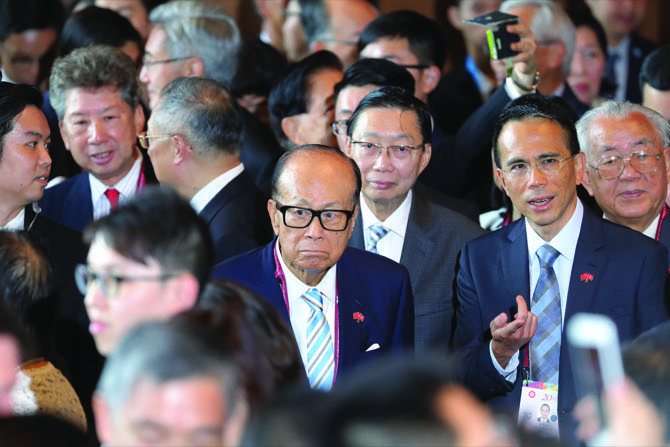 Hong Kong’s corporate elite have come off the sidelines to oppose the violent protests that have disrupted businesses in the city and slashed billions of dollars off their market value.

In full- and half-page newspaper advertisements Wednesday and Thursday, conglomerates including those founded by 91-year-old Li Ka-shing, the city’s richest person, and Henry Cheng, who runs a property-to-jewelry empire, called for restoring order and rule of law. Some supported the city’s Beijing-backed authorities in their efforts to quell the unrest.

What started as protests over an extradition bill more than two months ago have widened into ongoing demonstrations against Beijing’s tightening grip on the semi-autonomous Chinese city. At least seven companies, all of them among the 10 worst performers on the benchmark Hang Seng Index over the past month, placed the ads after the unrest crippled Asia’s financial hub.

“Save the economy, safeguard livelihood,” said the advertisement by Cheng’s New World Development Co., which has been tapped to build a HKD20 billion shopping-and-entertainment complex at Hong Kong’s international airport. Li’s CK Group ad urged readers to: “Rebuild a harmonious society.” The notice by Henderson Land Development Co., one of the city’s largest developers, asked: “Would a collapsed Hong Kong benefit you or your family?”

Since July 19, at least $29 billion in market value has been wiped off the five flagship companies belonging to the CK group, Sun Hung Kai Properties Ltd., Henderson and New World, which runs Chow Tai Fook Jewellery Group Ltd. Tycoons with companies trading in Hong Kong have also absorbed losses, with the 10 wealthiest seeing their combined fortunes drop by about $28 billion since the unrest began, according to the Bloomberg Billionaires index.

Hui Ka Yan, founder of property developer China Evergrande Group, has seen his net worth dip $4.5 billion to $29.6 billion. The wealth of CK’s Li has declined by $3.9 billion to $30.6 billion, the index shows.

Land and casino billionaire Lui Che-woo took out full-page advertisements yesterday in major local newspapers, praising China’s rise and its support of Hong Kong, urging young protesters to calm down and calling on the government to solve deep-rooted social problems such as unaffordable housing.

“I am especially saddened and find it hard to bear,” said Lui, founder of casino operator Galaxy Entertainment Group Ltd. and property developer K Wah International Holdings Ltd. “We are all of the same root and the same vein. I urge the government and all sectors to express goodwill and communicate rationally.”

Other groups that placed the ads include Swire Pacific Ltd., the parent of the city’s flagship air carrier Cathay Pacific Airways. In a separate statement Tuesday, Swire said it “resolutely” supports the efforts of Hong Kong’s government and police to restore law and order. Jardine Matheson Holdings Ltd., the conglomerate with deep roots in the city but listed in Singapore, echoed Swire’s comments in a statement yesterday.

“Hong Kong’s community should work together to restore the confidence of this great city and ensure the wellbeing and harmony of all its people,” Jardine said. MDT/Bloomberg 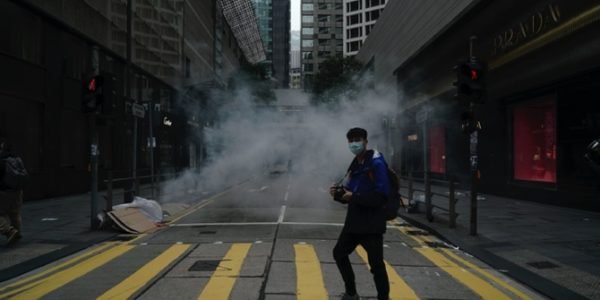 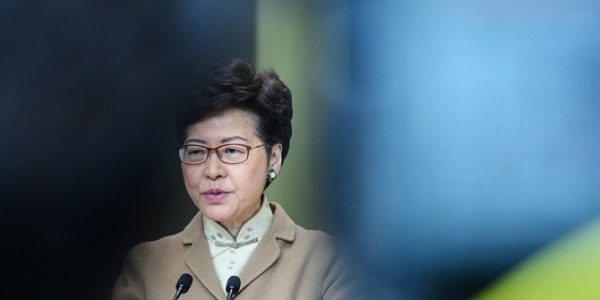