Hotel sector in yet another crisis, bids summer farewell 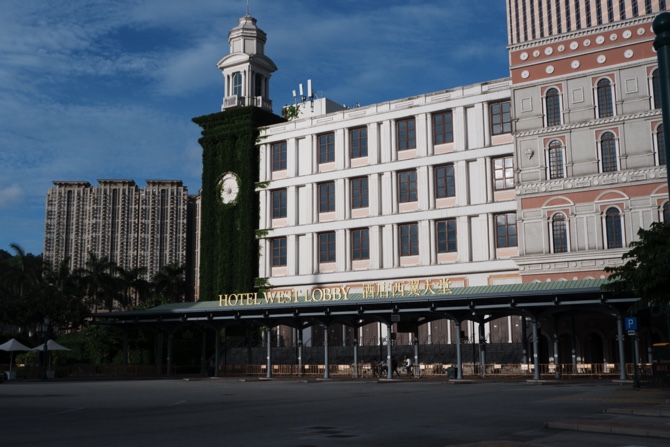 The goal was concrete: To recover and see a boost in visitor arrivals this coming summer.

But now with the fresh outbreak facing the city, the hotel and tourism sector is bidding this summer goodbye.

The city has already been bitten by the lockdown in Shanghai and several districts in the Greater Bay Area, as well as the strict entry measures put in place to implement a zero-Covid strategy.

While most countries have been operating under their own variations of a “new normal,” Macau is brought to a standstill by the 71 positive cases that were recorded after eight months of no local infection.

This led to nation-wide mass testing, another round of which commences today at 9 a.m. – in addition to the rapid antigen tests that the population complied with yesterday.

With such instances, travel sentiment has been damaged and regulations imposed by the neighboring regions are discouraging travelers from entering Macau.

Moreover, the city is in a partial shutdown as restaurants are either closed or are only providing take-away services, while non-essential government services and banks have halted operations.

“It seems that the summer is gone,” Rutger Verschuren, a hotelier and the president of the Macau Hotel Association, told the Times.

“We had some pick up in May and [were] slowly recovering; and June, which is traditionally a [busy] month was not going too bad after all,” Verschuren, who is also the Area Vice President – Macau Operations for Artyzen Hospitality Group, said.

The association hoped to follow the following timeline: to recover in July, remain busy in August, and hopefully enjoy a more profitable September.

These hopes were formed after the government lessened the quarantine period from 14 days to 10 days for foreign arrivals, and later hinted that the observation period could be further reduced to seven days.

However, “that is gone now,” Verschuren said. “We thought we were getting out of this [pandemic] by now,” he lamented. Given the current situation, the industry is expecting at least two months before another recovery could occur.

With this timeline and recovery forecast, the association hopes that the pandemic will be under control by the second half of August, also considering that the government will allow two weeks to pass with no new cases before they begin to loosen restrictions. Only then can they see a recovery in the sector.

September is considered a quiet month for the industry as there are no long holidays in the mainland during this month. However, the Golden Week in October contributes to an increase in arrivals to the SAR.

However, the executive refuses to be optimistic, noting, “We don’t dare to make any predictions at the moment with the way things are going.”

The hotels are currently offering attractive rates to non-local employees to cater to those who live in the neighboring region.

Some are paid for by their companies, while others are required to bear their own accommodation expenses.

“Occupancy is not low, but the room rates are definitely seriously low,” said Verschuren.

With the current business downturn about to last from six weeks to two months, the industry is in turmoil, particularly for the F&B industry, which is “suffering tremendously” from the shutdown of the city.

Also, the executive revealed that most hotels are better staffed compared to six months ago as the government has “requested [the companies] to replace some blue-card holders with local employees upon the end of their contracts.”