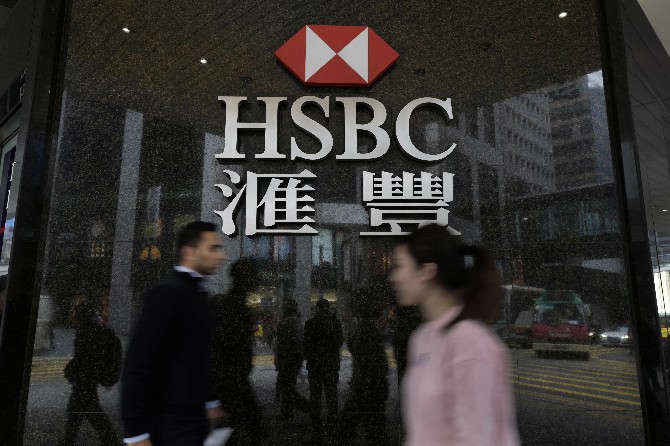 HSBC Holdings Plc pledged to boost investments in China to capture more wealth and retail clients even as political tension escalates after Beijing launched sweeping new security legislation to crack down on Hong Kong.
The bank, which has come under fire over its support for the legislation, has announced a new service to provide customers in mainland China with digital wealth and insurance planning services. It will initially cover new customers in Guangzhou and Shanghai, according to a statement. The bank is also establishing a fintech company to support its business.
At a time of increasing political turmoil, China’s rapidly growing middle and upper class is still the grand prize for banking giants across the world, with households sitting on about 90 trillion yuan in investable assets. Firms from UBS Group AG to Nomura Holdings Inc. and Credit Suisse Group AG have identified wealth management as a prime focus for their onshore businesses amid a market opening.
“These new investments mark HSBC’s continued efforts to capture high-growth opportunities in Asia, particularly in mainland China, the region’s biggest wealth pool and one of the world’s largest insurance markets,” said Greg Hingston, HSBC’s head of wealth and personal banking in Asia-Pacific, said in the statement.
London-based HSBC, which makes a bulk of its revenue in Asia, is walking a political tightrope in its attempts to further push into the world’s most populous nation. The bank last month endorsed China’s new security law and is now drawing further criticism as the broad scope of the legislation was unveiled this week.
The U.S. Senate last week gave final approval to legislation that would impose sanctions on Chinese officials cracking down on dissent in Hong Kong. The bill heads to President Donald Trump for his signature or veto.
While authorities in Beijing are moving to quell dissent, they are also opening up more business in Hong Kong. Regulators including the People’s Bank of China announced in June the kick off of a long anticipated program called Wealth Management Connect, which will allow residents in Hong Kong, Macau and southern China to invest across the border.
HSBC’s push for wealthy clients dovetails with Chief Executive Noel Quinn’s plan to deploy more resources into Asia as the group cuts jobs and underperforming businesses in Europe and the U.S. as part of a massive overhaul.
In a statement on its official WeChat account last month, the London-based bank pledged to continue to invest and support the Chinese economy after the local media reported that its layoff plan means that HSBC may put an end to its China business.
Earlier this year, HSBC combined its retail banking and wealth management, and private banking businesses with $1.3 trillion in assets. Its private banking unit said in March that it targets to triple the number of billionaire clients in Greater China in the next three years. Alfred Liu, Bloomberg