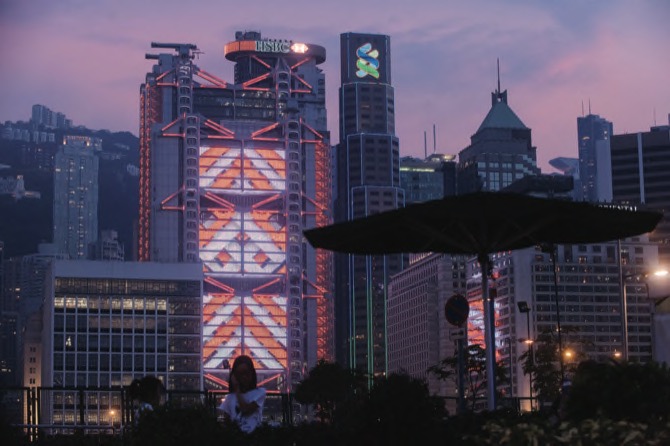 One of the bank’s biggest threats? A pack of upstart virtual lenders, which barely existed two months ago, backed by the likes of Standard Chartered Plc and Chinese internet insurer ZhongAn Online P&C Insurance Co.

Few if any of the world’s largest financial companies dominate a single market quite like HSBC does in Hong Kong, a city of 7.5 million people that accounted for roughly 60 percent of the bank’s pretax income in 2018. That makes HSBC a juicy target for the handful of “virtual” lenders vying to shake up the commercial hub’s banking market after securing first-of-their kind approvals last month.

HSBC already offers digital services as well as maintains branches in Hong Kong, so clients can use whichever channel they want, a bank spokeswoman said by email. These include trade transactions through blockchain technology, while HSBC’s PayMe mobile wallet has more than 1.5 million users, she said.

HSBC, which owns about 60 percent of subsidiary Hang Seng Bank Ltd., has the biggest share across all major banking businesses in Hong Kong, according to an analysis by Goldman Sachs Group Inc. It’s also been the city’s biggest mortgage lender in the secondary market for the past two years, data from Centaline Mortgage Broker Ltd. show.

One of the three note-issuing banks in Hong Kong, HSBC dominates revenue share in the city – more, if one includes Hang Seng Bank. As well as mortgages, commercial banking powers the top line.

Pretax profit at the London- based lender as a share of Hong Kong’s gross domestic product dwarfs the same ratio at rest of the world’s biggest banks, data compiled by Bloomberg show. While Hong Kong is far smaller than China or the U.S., it’s also a regional financial hub, servicing not only China but much of the Asia-Pacific region.

HSBC’s revenue from Hong Kong accounted for one third of its global total last year. While small compared to many of the world’s major markets, Hong Kong’s attractiveness in banking is buoyed by its status as the world’s most expensive place to buy property – a position that has contributed to the biggest wealth gap among developed economies.

About 30 percent of the city’s total banking revenue is up for grabs for the new virtual lenders, Goldman Sachs analysts said in September. That translates to roughly $15 billion, of which $3 billion could come from HSBC and $1.7 billion from Hang Seng Bank, they said. Alfred Liu & Matt Turner, Bloomberg