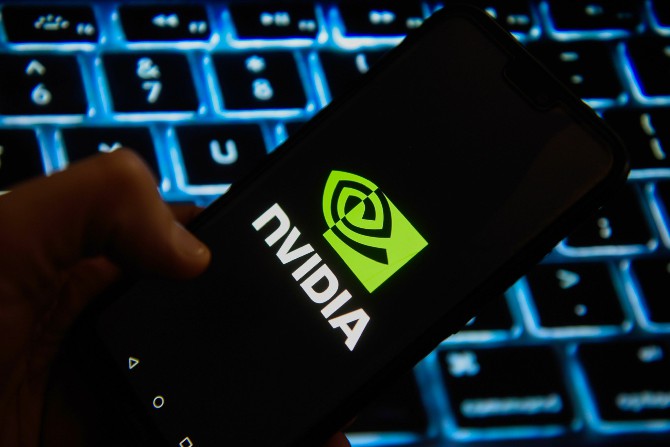 Chinese technology companies including Huawei Technologies Co. have expressed strong concerns to local regulators about Nvidia Corp.’s proposed acquisition of Arm Ltd., people familiar with the matter said, potentially jeopardizing the $40 billion semiconductor deal.
Several of the country’s most influential tech firms have been lobbying the State Administration for Market Regulation to either reject the transaction or impose conditions to ensure their access to Arm technology, the people said. Chief among their concerns is that Nvidia may force the British firm to cut off Chinese clients, they said, asking not to be identified discussing private deliberations.
China’s fear is that Arm – whose semiconductor designs and architecture are central to most of the world’s electronics from smartphones to supercomputers – will become yet another pawn in a U.S.-Chinese struggle for tech supremacy. Nvidia is buying the British firm from Japan’s SoftBank Group Corp., bringing it under American jurisdiction and theoretically threatening its cherished status as a neutral party in the chip industry. SoftBank’s shares erased gains Wednesday to close slightly lower in Tokyo.
Any review of the deal in Beijing is likely to be colored by what it perceives as growing U.S. attempts to contain its largest technology companies. It has the power to approve the deal because China is the world’s largest market for semiconductors, importing about $300 billion worth of chips annually. That dependence on foreign silicon may convince regulators there to try and wring major concessions from Nvidia to preserve the Arm relationship, for instance by keeping the business independent and separate.
“I doubt why China would make it easy, since allowing Nvidia to take over Arm could worsen Huawei’s access to the U.K. company’s chip design,” Bloomberg Intelligence analyst Anthea Lai said. Arm designs are fundamental to a plethora of the company’s products, including its Kirin smartphone processors, Kunpeng server chips and Ascend for AI applications.
A Huawei representative declined to comment. The Chinese regulatory agency didn’t respond to calls and a faxed request for comment. Nvidia representatives pointed to remarks this month from Chief Executive Officer Jensen Huang, who expressed confidence the deal will pass muster.
“As soon as we explain the rationale of the transaction and our plans, the regulators around the world will realize that these are two complementary companies,” Huang said at Arm’s developer conference. “The two companies being complementary when combined will create new innovations, which is good for the market.”
Nvidia’s record deal to buy Arm was always expected to encounter major hurdles from regulators in countries sparring over trade, as well as customers concerned the transaction will limit competition and unfairly favor Arm’s future owner. The Chinese watchdog has yet to view a formal application for approval, but the opposition there is likely to be fiercest given its reliance on American technology at a time of mounting U.S. hostility. Beijing’s authority has proven fatal for at least one previous chip deal: Qualcomm Inc. gave up its pursuit of NXP Semiconductors NV in 2018 after failing to win approval from China over more than 21 months.
Clearance in China will likely be the biggest challenge and take the most time. Because China’s government could use Nvidia’s deal approval as a pawn in its trade conflicts with the U.S., as some believe it did with Qualcomm-NXP, it’s difficult to predict yet whether the purchase will clear there. Still, the ability to impose conditions allows China to extract advantageous licensing terms for Chinese companies, which may be viewed as the better route.
China has determined it must build its own world-class chip industry, given rising tensions with the U.S. administration of Donald Trump. That goal is unlikely to be affected by the American elections in November, although the outcome may change the dynamics between the two countries and by extension the Arm review.
Nvidia is a major provider of processors for computers and high-end computing, pitting it against players from Intel Corp. to Qualcomm and Huawei. And Arm’s designs and instruction set – the code used by chips to communicate with software – are an integral element of phones, self-driving cars and billions of sensors. They’re also growing more essential for servers and laptops.
The Cambridge, U.K.-based company has thrived on its neutrality as the Switzerland of the industry: it licenses technology to hundreds of companies, competing with none of them. While the Nvidia acquisition threatens this, executives have argued it’s in their best interest to maintain Arm’s neutrality to avoid alienating potential customers.
The deal still needs sign-offs from China, the U.K., the European Union and the U.S., a process that often requires government agencies to solicit or be open to comment from customers and competitors. Nvidia and Arm have said they’re confident they’ll get through it but it may take as long as 18 months to secure the necessary approvals. Bloomberg