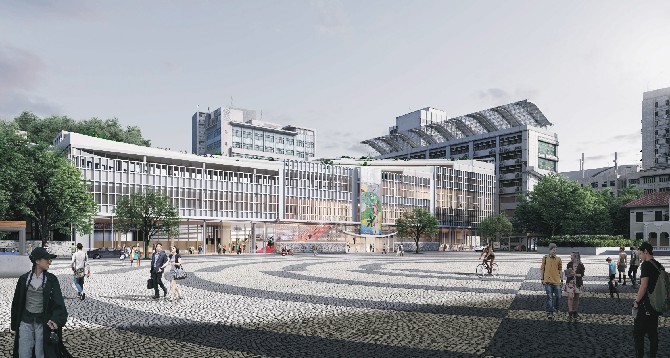 On the sidelines of yesterday’s opening ceremony of the 20th Macao Fringe Festival, the president of the Cultural Affairs Bureau (IC), Mok Ian Ian, revealed that the government is aiming to deliver the anticipated New Central Library in 2025.
According to the government’s latest plan, the new integrated reading facility will be situated in the building of the former Hotel Estoril, just across Tap Seac Square from the current Central Library and the IC Headquarters.
Last year, the government unveiled four design plans developed by four internationally acclaimed architecture firms that were commissioned to design the New Central Library.
A public consultation process on the designs was conducted right after they were unveiled and concluded last year. The IC received more than 730 opinions from the general public.
In addition, the IC has also consulted with experts in library construction.
“Therefore, we are analyzing both public opinions and expert comments,” Mok explained.
“We consider public opinions exceptionally heavily,” she said, saying that the library is built for the people.
Mok disclosed that the public is mostly concerned with the design of the library, its nearby facilities, its functions and the size of its future collection. Some opinions focused on the overall budget for the construction.
The president said the bureau would try its best to maintain a strong pace for the analytical work. “Difficulties mainly fall previously on integrating public and expert comments,” Mok explained. After the IC’s analysis, the project will move on to pinpointing a design plan and then the construction phase.
For the time being, the IC still considers the four plans fit for Macau. However, it will further consider the costs and other factors in order to decide on a specific plan.
Covid-19 immigration restrictions will, Mok admitted, obstruct the design team that is chosen from traveling. However, the IC will use electronic means to communicate with the architecture firm and convey its comments and suggestions, if any, on the design.
Mok refrained from making promises about the possibility of opening a tender before the end of this year. 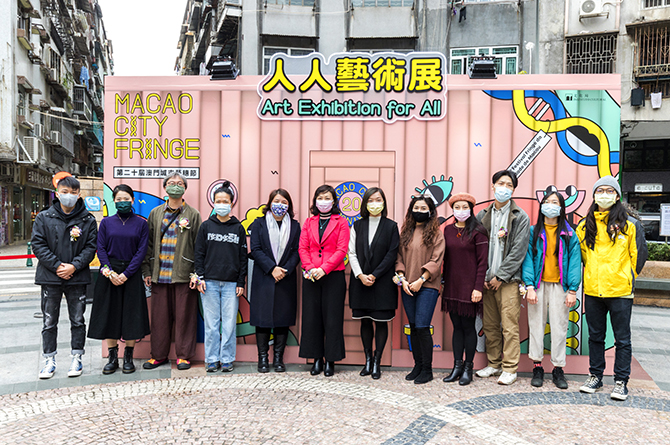 The 20th Macao City Fringe Festival officially opened yesterday with an almost sold-out box office, despite the fact that some events were involuntarily cancelled.
It is noted on the festival’s website that some rearrangements and cancellations would be taking place at the festival. “Performances in Body Traveller will be rearranged, and the dance workshop Combstrength Technique in Body Playground, held [today] at 8:30 p.m., will be cancelled,” the notice reads.
The cancellation was made necessary because the four artists performing in the show had travelled to mid-risk areas in the preceding 14 days, violating the health measures in force in Macau, meaning they are unable to skip quarantine upon arrival, according to the festival host, the Cultural Affairs Bureau’s (IC) president, Mok Ian Ian.
Meanwhile, fewer than 10 shows still have unsold tickets as of press time.
The participatory exhibition “Art Exhibition for All,” which also opened yesterday, provides a platform for the public to display their creative works from January 20 to 25 at Rotunda de Carlos da Maia, and from January 26 to 31 next to the Flower City Garden.
Those interested are welcome to submit artworks during the exhibition period. AL