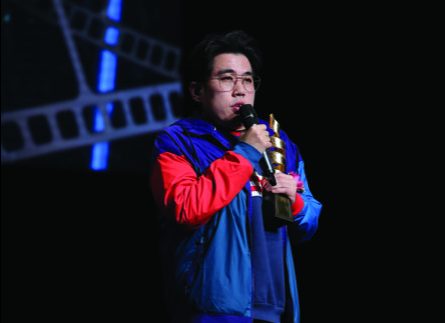 Clean Up” has been awarded Best Film at the 3rd International Film Festival & Awards (IFFAM), as announced last Friday at the Macao Cultural Center.

The Awards Ceremony of the 3rd International Film Festival & Awards Macao (IFFAM) was held at the Macao Cultural Centre at 8 p.m. on Friday, gathering about 800 guests including internationally acclaimed film directors, movie stars and industry professionals from around the world.

The Film Festival screened a total of 54 films this year, including 11 films competing for nine awards in the Competition section, as well as six “New Chinese Cinema” film entries competing for Best New Chinese-language Film of the Year. All winners were revealed at the Awards Ceremony on Friday.

Kwon Man-ki, the director of Clean Up, said that the biggest challenge for him was the budget for the project, while lead actor Kim Dae-gun remarked that the last scene of the film proved a test.

“Definitely the budget, as it is a low-cost production, hence it needs to be completed as soon as possible, which is really hard,” answered Kwon. He also said he was surprised to win the award.

“The character I played is emotional and the biggest challenge is the last scene of the film,” said Kim, who also said that “I feel like we are representing our country [South Korea] well by winning this award. I would also like to thank the public relations firm responsible for the international release.”

The Macao Government Tourism Office Director and President of the 3rd IFFAM Organizing Committee, Helena de Senna Fernandes, remarked in her address at the Awards Ceremony, “in the IFFAM Industry Hub, the Project Market has cast the spotlight on 14 much-anticipated new film projects.”

Among them, two Macau projects were named winners of the Best Project Award and the Macao Spirit Award.

“We are eager to see the Film Festival bring bright opportunities for filmmakers in Macau and from around the world,” the IFFAM President said.

IFFAM ambassadors Shekhar Kapur and Xue Xiao Lu, as well as talent ambassador Aaron Kwok, were presented with tokens of appreciation at the Awards Ceremony. JZ