IFFAM | Fitting for Suburban Birds to be screened in Macau 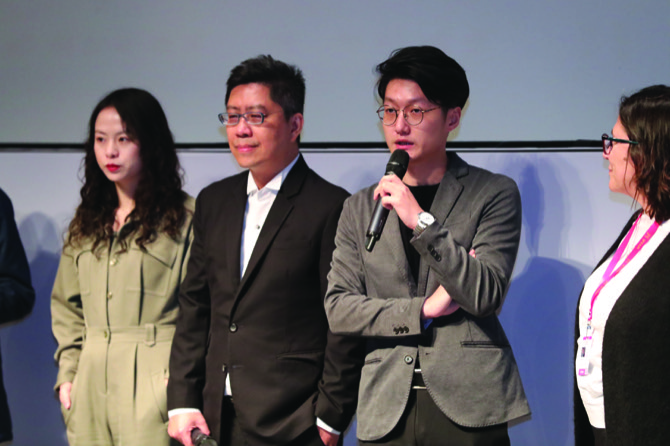 The producer of 2018 award-winning film Suburban Birds said at a red carpet event at the International Film Festival and Awards Macao (IFFAM) last night that it was fitting for the film to be screened in Macau.

Suburban Birds tells two parallel stories with a connecting narrative that has some critics praising the film for its unusual presentation and others scolding it for blandness. One story follows several land surveyors discovering subsidence in a suburban area. The other, linked via a child’s diary, follows a group of school children roaming those same streets.

But as the protagonist reads into the diary, he discovers that it might contain prophecies about his own life.

A key theme of the movie is urban development and the filmmaking team finds similarities between the setting of Suburban Birds and the experience of Macau in recent decades.

“The movie came from my growth experience. During my growth, my city has dramatically changed; everything of the current city seems to be different from what it was in the past,” said Chinese director Qiu Sheng.

“This is my second time in Macau,” the director added, before the film’s producer Patrick Mao Huang complemented, “it’s very suitable for the film to be presented here in Macau because lots of things are happening here” in terms of urban development.

The director also said at the red carpet event yesterday that he hopes to keep making feature-length films, but acknowledged the difficulty in navigating “hundreds of daily options” on set. DB