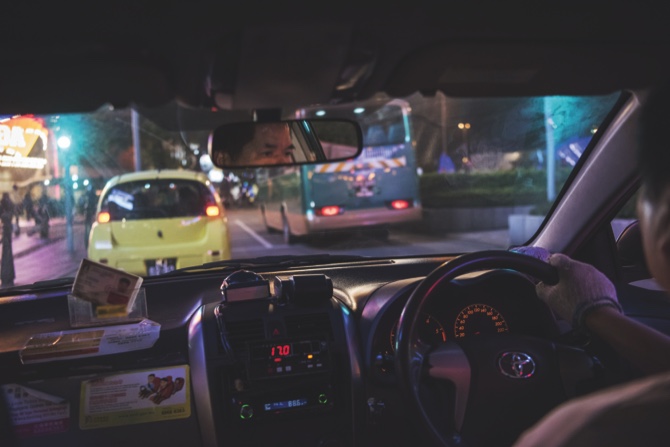 As many as 600 people marched the streets of Macau on Saturday afternoon calling on the government and Chief Executive (CE) Chui Sai On to withdraw a scheme that grants mutual recognition of driver licenses between Macau and the mainland.

According to the organizers, about 600 people marched in the direction of the government’s headquarters to deliver a petition to the CE. The Public Security Police Force (PSP) estimated that there were about 440 people at the peak of the demonstration.

In a statement to the media, the PSP noted that the demonstration ran in a peaceful and orderly manner and that the participants expressed their complaints.

The route started at Vasco da Gama Garden and led to the government’s headquarters, with the group of protestors bearing flags and banners calling on the CE to abandon the scheme.

The protestors cited fears of a rise in cases related to illegal drivers and an exponential growth in the number of drivers from the mainland permitted to drive in the region. They said that the scheme would contribute to more traffic concerns and more accidents that might endanger those living in Macau.

Speaking to TDM, New Macau-backed lawmaker Sulu Sou reaffirmed that drivers from the mainland should be subjected to a local driving examination in order to be able to drive in Macau.

The lawmaker called for restrictions to be implemented, using as an example the circulation of local vehicles in Hengqin Island, opened by mainland authorities for just for a few vehicles and subject to specific restrictions.
In the same way, Sou believes that the driving licenses recognition scheme should be gradually introduced in the same way that mainland authorities have dealt with Hengqin.

In agreement with Sou, lawmaker Ng argued that the system should not be reciprocal. He called for the agreement to grant the right to drive in the mainland to Macau locals, but that those from the mainland should only use public transportation when in Macau, as the region is too small to cope with the growing number of drivers and vehicles.