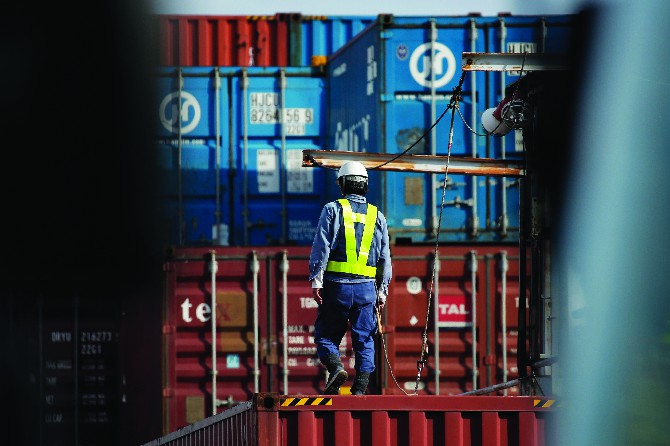 Total merchandise import fell by more than 30% in year-on-year terms in February, falling to its lowest single-month figure since March 2011, the Statistics and Census Service (DSEC) has informed in a statement. That came as imports of one particular products, facemasks, surged more than 850% in response to the consumer demand brought about by Covid-19.
Imports of gold jewelry, mobile phones and watches plunged by 73.9%, 68.3%, and 57.9% respectively, and saw the most significant drops among the various import categories monitored.
However, imports of products such as facemasks registered a hike of 854.6%, followed by imports of pharmaceutical products which increased by 57.6%.
Nevertheless, February was a very weak month for trade. The significant decrease in demand for imported goods directly related to the recent decline in economic activity and the drastic reduction in visitors to Macau.
The month closed with the total value of imports falling to MOP3.87 billion.
At the same time, total merchandise export amounted to MOP911 million, down by 1.4% year-on-year. The value of re-exports went down by 0.8% to MOP841 million, with diamonds and diamond jewelry shrinking 48%.
The value of domestic exports (MOP70 million) fell by 8%, with products such as tobacco leading the fall, dropping by 41.9%.
The merchandise trade deficit in February this year was MOP2.96 billion in total.
The February results follow the weak figures registered for January exports. Together, the first two months of this year registered a drop of 16% year-on-year to MOP2.06 billion. The value of re-exports (MOP1.84 billion) dropped even further, falling by 17.8%. Only domestic exports (MOP223 million) registered growth of 3.7%.
Analyzing the results by place of origin, merchandise import from the mainland (MOP4.05 billion) and the European Union (MOP3.71 billion) decreased by 17.2% and 8.9% year-on-year in the first two months of 2020 respectively.
On the other hand, imports from the Belt and Road Countries (MOP2.59 billion) rose by 95.1%.
Exports to the U.S. (MOP59 million) and the EU (MOP29 million) increased by 68% and 29.3% respectively. However, exports to Hong Kong (MOP1.43 billion) fell by 18.8% year-on-year.
External merchandise trade in the first two months of 2020 totalled MOP14.38 billion, down by 14.4% compared to MOP16.81 billion a year earlier.