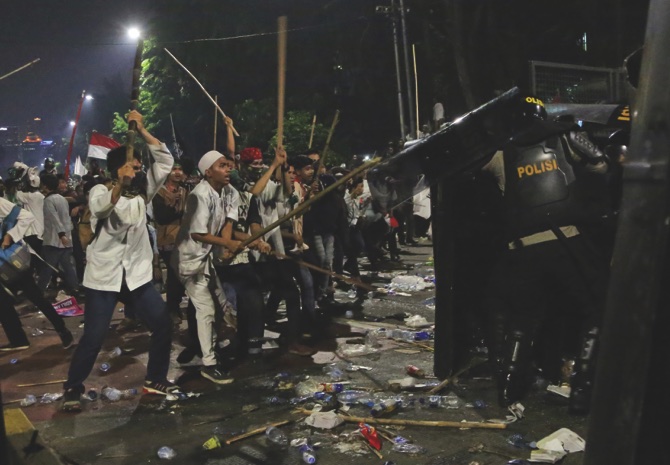 Indonesian President Joko Widodo has accused “political actors” of inflaming tensions after a mass rally in Jakarta against the city’s Christian governor turned violent.
Police on Friday fired tear gas at Islamic protesters demanding the official be jailed for his comments about the Koran. About 200 people continued demonstrating into the evening and refused to leave an area near the presidential palace, with local media broadcasting running battles with police who also used water cannons to bring the situation under control.
At least 70,000 people earlier held a largely-peaceful rally, National Police spokesman Boy Rafli Amar said, with about 20,000 riot police and military personnel deployed to the capital.
The president, who was prevented from returning to the palace until the unrest ended, told reporters at a media conference after midnight that he respected the people’s desire to protest but “regretted” that the rally had turned violent. “Political actors are taking advantage of the situation,” said Widodo, who is also known as Jokowi.
Some protesters earlier held signs saying “Jail Ahok” and “Ahok Is an Enemy of Islam,” using the nickname of Governor Basuki Tjahaja Purnama, a political ally of the president, as the rally peaked after Friday prayers amid anger over claims he insulted the Koran in comments made at a meeting near Jakarta last month. The streets in the capital’s business district, normally choked by traffic, were relatively quiet during the day as many of the city’s residents stayed away and after police blocked access to roads near the protest route.
“The push to pillory the governor over his comments is the latest chapter in the long saga of attempts by minority Muslim hard-line groups to impose sharia law on the country,” said Keith Loveard, head of political risk at Jakarta-based security company Concord Consulting. “Jokowi quite correctly sees this movement as an attempt to destroy the very basis of Indonesia’s secular tradition,” Loveard said.
The protest comes with Ahok locked in a three-way battle to run Jakarta, in what has become a proxy fight for some of the nation’s most powerful political figures. Jokowi called for unity ahead of the rally while meeting with Muslim leaders and reaching out to political opponents, including former President Susilo Bambang Yudhoyono, who’s son, Agus Harimurti Yudhoyono, is running for governor. 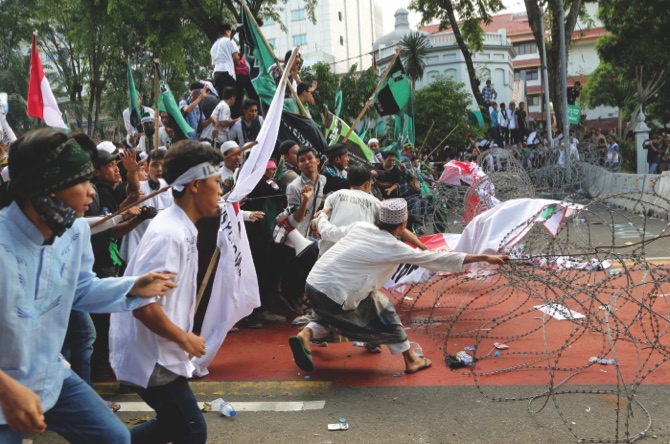 Ahok, 50, became the capital’s first ethnic Chinese governor in 2014, just 16 years after the minority group was targeted in rioting and violence that left more than 1,000 people dead and Jakarta ablaze. While ethnic Chinese have lived in Indonesia for centuries and run some of the country’s conglomerates, they have faced government discrimination in a nation with the world’s largest Muslim population.
Ahok, Jokowi’s former deputy, is leading in polls to become the first Christian elected to the post when the city votes in February. Still, his opponents have seized on comments he made last month that voters were being deceived by people trying to use Koranic verses to say that Muslims are not permitted to support a Christian leader.
Former President Yudhoyono and Muslim groups have said the comments amounted to blasphemy, which can land offenders in jail for as many as five years. Ahok has said it was a misunderstanding.
Police questioned Ahok for several hours over the comments on Oct. 24, and he was released without charges. National Police chief General Tito Karnavian said Wednesday the governor would face further questioning over the allegations. The police are set to complete the probe in two weeks, Vice President Jusuf Kalla told reporters after meeting representatives of protesters in his office in Jakarta.
Yudhoyono held a briefing on Wednesday to reject claims the protest was orchestrated by the governor’s political opponents, while insisting that police should continue to investigate the blasphemy charges.
“If we do not wish this country to get burned by the anger of justice-seekers, Ahok has to be processed in accordance with the law,” the former president said. “He cannot be perceived as being above the law.” Bloomberg

Indonesian President Joko “Jokowi” Widodo on Saturday canceled a visit to Australia after a massive rally in the capital by Muslim hard-liners descended into violence, leaving one dead and nearly 200 injured. 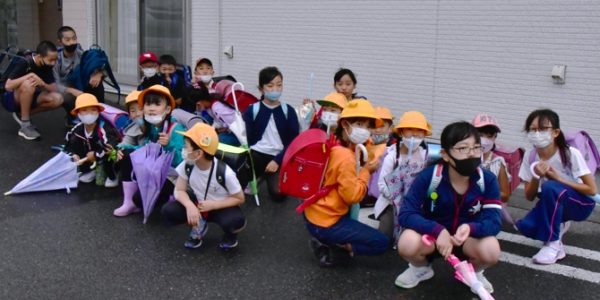 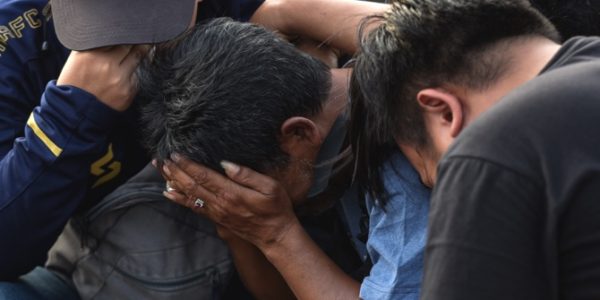