iPhone co-creator says he leaves China investment to the experts 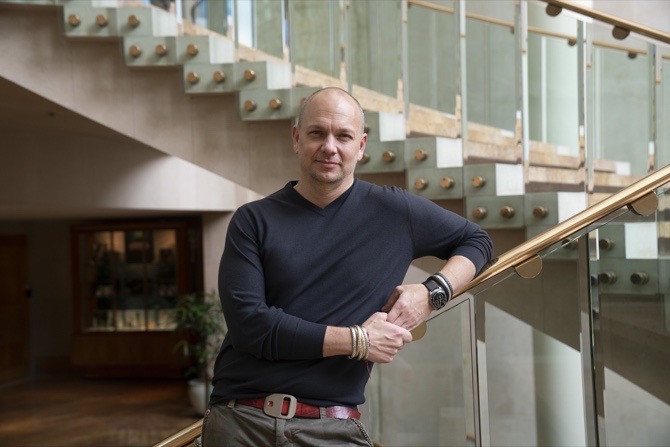 Most people wouldn’t dream of leaving Bali right before the eve of Nyepi, the March new year’s carnival of firecrackers and giant monster puppets, but Tony Fadell had a different party in mind.

Last month, he left his family on the Indonesian island and flew to Singapore, where he beamed as he high-fived the team running one of his investments, Impossible Foods Inc. The executives were there to commemorate their plant-based meat substitute making its way into dumplings and skewers in a handful of Singaporean restaurants, the latest step in Impossible’s expansion into Asia.

Fadell, who oversaw the design of the iPod and iPhone and went on to co-found smart-thermostat maker Nest, had pride of place among the hubbub of investors and celebrity chefs.

He became an early convert and consigliere to Impossible five years ago, long before the Silicon Valley company’s products could be found throughout Hong Kong and before Burger King announced the Impossible Whopper in the U.S. When he first invested, early attempts at the plantburger cost several hundred dollars to make.

Since then, the 50-year-old hardware pioneer has offered Impossible a steady stream of strategic advice and helped connect the company with potential investors and recruits, says Nick Halla, Impossible’s senior vice president of international.

“This is what it’s all about,” Fadell says in an interview, the first about his 10 months (and counting) in Asia. “Truly important things take a long time to create.”

After three decades in Silicon Valley, Fadell moved his family to Paris in 2016, where he developed a European network for his investment portfolio, Future Shape. The company has funded more than 200 startups, and Fadell is looking to up that number in Asia, visiting a startup incubator in Hyderabad and biotech labs in Singapore.

A firsthand look at how Indonesians get by without bank accounts or credit cards led him to invest in financial technology startups he declined to name. He’s excited about an unnamed battery company, and evaluating startups that are trying to deal with Asia’s sea of plastic garbage.

But in China, the biggest venture market after the U.S., he finds it difficult to process the sheer number of startups and is avoiding direct investments.

“China is completely different from the rest of the world, and my pattern-matching mechanism just doesn’t work there,” he says. “So I just left that to experts over there.”

Fadell discovered his wanderlust as a young employee of Apple spinoff General Magic in the early 1990s, when business trips to Sony’s Tokyo headquarters took him outside North America for the first time. “I was like, ‘Whoa!” he recalls. A few years later, he spent 16 weeks backpacking across Latin America, then traveled the Middle East in similar fashion. “If you are a designer or entrepreneur, you have to see different ways of living,” he says. “It’s the sights, sounds and smells that inspire you.”

The engineer went on to fortune and glory at Apple, leaving in 2010 to start Nest, the maker of internet-connected thermostats and other devices. He formed Future Shape around the time he sold Nest to Google for USD3.2 billion in 2014.

Unlike typical venture capital firms, Future Shape runs entirely on Fadell’s money—a “very healthy nine figures” is as much as he’ll say. That means he can both act faster and be more patient than most comparably sized investors. Eric Gilmore, the founder of logistics-software startup Turvo Inc., says Fadell cut off his pitch with a characteristically loud “Let’s go!” and got him a check within days. But that’s not to say Fadell is careless. Founders he’s backed describe him as extremely hands-on, with sometimes maniacal attention to detail. One says Fadell rewrites almost all of his startup’s press releases.

Fadell doesn’t lead financing rounds or take board seats, but when he’s in, he’s all in. He pushes founders at all hours via email, phone, WhatsApp, and Skype. Here’s a typically wide- ranging and rapid-fire email, sent to CashShield Chief Executive Officer Justin Lie in December:

“What a great set of customer logos!How are your staffing plans coming along? Got some recruiter(s) yet?Product marketing and UI/UX any progress?Customer journey?Sales plans/strategy for 2019?Patent strategy?How was your team trip to Bali?”

Lie and other founders in the Future Shape portfolio say they appreciate Fadell’s brotherly strictness, and that one of his most frequent questions is, “How can I help?” Often, that means working his Apple connections. Eric Almgren says Fadell’s contacts were key to getting Foxconn Technology Group and Samsung to partner with and invest in his data-transfer company, Keyssa.

Fadell, whose home base remains Paris for now, says he’s trying to pass on the lessons he learned from Bill Campbell, a longtime Apple board member who died in 2016.

“Bill always knew the right questions to ask at the right moment,” he says. “He had an infectious energy that enabled him to dig deep and have the tough conversations, but also helped you see the bigger picture.” Which is another way of saying, don’t worry if the burger costs a few hundred bucks to make today—think about what it might be worth in a few years.Yoolim Lee, Bloomberg