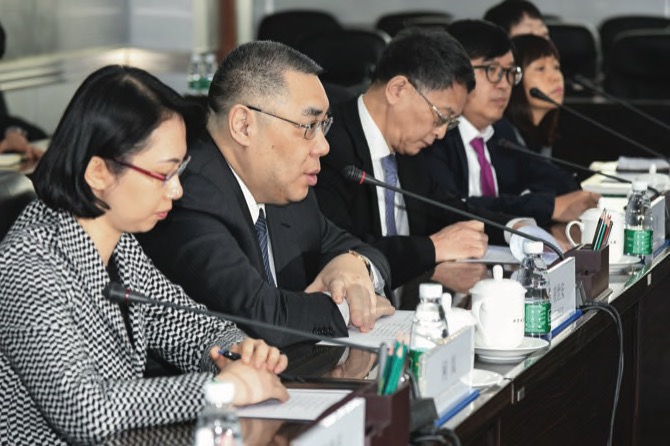 Beijing rolled out a series of measures that will be implemented this year, including lower taxes and subsidies for those working in Guangdong’s nine cities in a bid to advance the development of the Greater Bay Area.

The measures were announced by Chief Executive Chui Sai On, following the second plenary meeting of the leading group for the development of the Greater Bay Area, which he attended in China’s capital.

Previously, youth in the two special administrative regions of China have shown little enthusiasm for working and living on the mainland side of the Greater Bay Area. For example, at a talk last week at the Macao Polytechnic Institute, just one student from 150 expressed an interest in relocating to the mainland.

But Beijing now pledges that the central government would offer a relaxed tax regime for professionals that travel frequently across the border to work in the bay area cities, amongst seven other measures.

This measure guarantees that some professionals living in the two administrative regions and working in the bay area cities would pay a similar tax amount as they would in their home city.

The extra amount will reimbursed by the bay area’s provincial government.

Chui pledged that local government departments would “step up efforts” to put forward policies and pilot schemes to foster coordination with the nine cities.

The central government will also implement support for Guangdong public institutions to hire residents of Hong Kong and Macau.

Launched in November 2018, the institutions will be granted subsidies ranging from MOP20,000 to MOP200,000 under the “Yuehai Zhiqiao Subsidy Scheme.”

Meanwhile, Beijing will also allow higher education institutions and science research institutes in Hong Kong and Macau to obtain funding from the provincial and municipal governments in Guangdong.

The central government plans to issue an opinion regarding the implementation of a mechanism whereby these institutions can take part in Guangdong science research schemes.

Other measures that will be rolled out this year include: the launch of an operational guideline regarding a judgment concerning a 183-day stay in relation to individual income tax; the encouragement of young people from the two SARs to establish innovation-linked projects and businesses in the bay area; and the activation of new pilot schemes to facilitate cross-
boundary services within the places making up the Greater Bay Area.

Beijing will also facilitate cross-boundary movement of road vehicles between Guangdong, Hong Kong and Macau and extend implementation of a speedy customs clearance program at boundary checkpoints within the Greater Bay Area.

“Macau would spare no effort to accommodate and promote these major measures launched by the Central Government that support the advancement of the Greater Bay Area,” Chui told the press on the sidelines of the meeting on Friday.

Chui added that the SAR would launch promotional seminars on the new initiatives and that the government would hold internal training sessions and publish articles providing interpretations of Greater Bay Area policies.