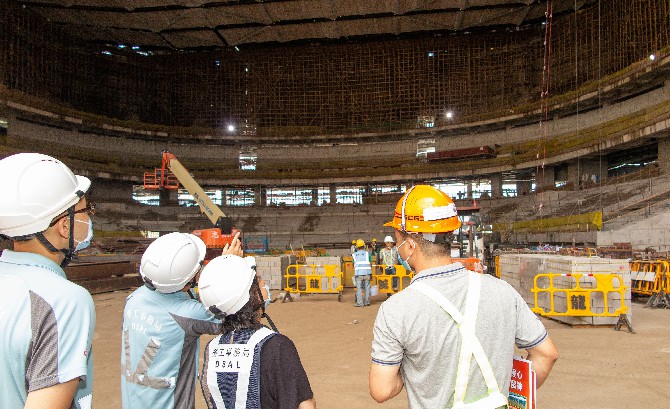 The Labour Affairs Bureau (DSAL) yesterday disclosed that last year, the authority received a total of 214 notices of salary deduction from 156 companies, concerning 2,450 workers.
Yesterday afternoon, the authority held a press conference to announce data from last year and reveal its plan for this year.
As the DSAL further disclosed, out of the 2,000 or so employees affected by the action, 1,102 were faced with a direct salary deduction, meaning that their regular pay was cut by a specified proportion.
The remaining employees either had their subsidies shrunk or suspended, or their payment structure changed. The DSAL officials at the press conference, however, did not provide further elaboration on what these two methods entailed.
The industries which saw the most cases of salary deduction, according to the government body, were the wholesale, retail and transport industries.
According to the Labour Relations Law, if an employer needs or has to implement a salary deduction due to legally-justifiable reasons, a consensus must be reached with the affected employee or employees, on top of an official notice being legally required to be sent to the DSAL. This explains the reason behind the figures disclosed by the government bureau.
On the other hand, last year quite a number of employees were required to take unpaid leave as a consequence of the Covid-19 pandemic. The DSAL has also released figures on this yesterday.
Not including the six gambling concessionaires, which have required most of their employees across many departments to furlough, the DSAL has received related notices from four companies, concerning 160 employees.
On workplace safety, the bureau revealed that in the first three quarters of last year, the city had about 392,000 workers, with about 3,100 of them having been faced with workplace accidents of varied scales.
Meanwhile, there were 7.8 accidents per 1,000 workers. Compared with the same period in 2019, it saw an improvement of about six fewer accidents.
The DSAL highlighted that with more or less the same number of workers, they were pleased with the drop in number of accidents per thousand workers. However, the city saw four workplace deaths in two separate incidents last year.
It is worth noting that for several months in 2020, the city saw suspended workplaces across industries. Although not fully within the DSAL’s authority, public services have been suspended for at least two weeks as the government commenced its containment effort against Covid-19, and all casinos were required to close for 15 days.
In addition, many companies have adopted for varied periods of time the practice of working from home.
It is unclear if these work suspension and work-from-home practices have caused the workplace accident figures to fall.
The four deaths, the DSAL stressed, took place in construction sites. Officials hinted that concern regarding construction safety has relaxed. In fact, the DSAL have ruled one of the two fatal accidents as being caused by negligence in adhering to construction safety guidelines.
Therefore, the DSAL has issued a fine of MOP38,500 to the employer.
In 2021, the DSAL will continue applying electronic strategies in promoting workplace safety. Training will also be available on online platforms, as well as physically with the assistance of virtual and augmented reality technologies. The bureau will also adopt polyglot tactics in promoting employment-related laws and regulations.