Lawyer’s assailants to stand trial after years of legal wrangling 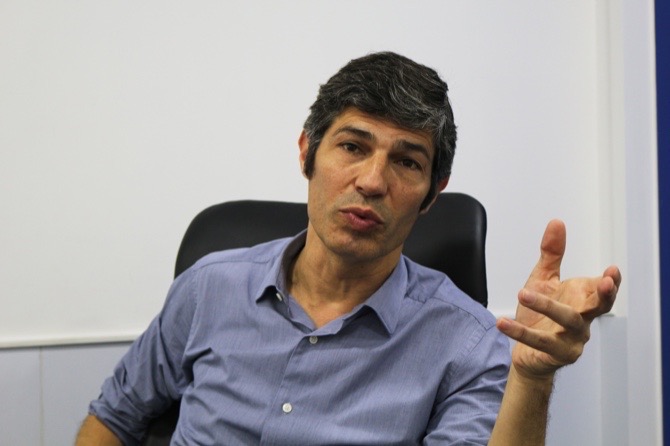 The two men who assaulted a Macau lawyer in a shocking broad daylight attack in 2013 will stand trial on June 3, after a lengthy legal battle of three appeals filed not by the prosecution or the defense, but by the victim himself.

Walking his 5-year-old son to pre-school one morning in May 2013, lawyer Jorge Menezes was suddenly ambushed in Sintra Square by two mainland assailants who swung at him with bricks strapped to their hands. The busy morning street in downtown Macau emptied of commuters running from the danger, save for one unidentified onlooker who stood at a distance until the assailants themselves fled.

The assailants landed one blow to his head and injured his arm, but were unable to topple the dazed lawyer. In the brawl that lasted for less than a minute, Menezes was fortunate to escape with mild injuries. Similar attacks have left victims with brain damage or killed them.

In the years since, police authorities and public prosecutors have yet to agree on the motivation for the attack. The Organized Crime Investigation Commission (OCIC) of the Public Security Police Force concluded there was an obvious triad connection, saying that it had all the hallmarks of organized crime. The Public Prosecutions Office (MP) contests that there is insufficient evidence to establish a triad connection and wants to treat the case as an isolated attack.

The initial reaction of security forces suggests that not only was organized crime the prime suspicion, but that the OCIC – itself an anti-organized crime unit – felt the evidence was strong enough to warrant exceptional measures.

The then-Secretary for Security ordered the deployment of police protection for Menezes’ family. Police officers stood guard outside of their apartment, escorted family members when they left their home and conducted security evaluations of the two schools that Menezes’ three children attended. It was later recommended that the lawyer’s family leave for Portugal where they would be safer.

It took the OCIC just a few days to fully identify the two assailants, including information such as their names, travel documents and contact details, in addition to recordings of the assault from surveillance cameras. But by that time the suspects had already fled back across the border.

The third man, the onlooker, was never identified nor caught on surveillance footage. Menezes concedes that he cannot be certain of the man’s involvement in the attack “… but it looked like it.”

Months passed, but then, by some fortuitous circumstances, one of the assailants was apprehended at the Border Gate while trying to reenter Macau and was brought before a pre-trial judge for the application of preventive measures.

According to Menezes, this was the moment that the judicial proceedings took a strange turn.

The lawyer and victim was not informed of the pre-trial session by the Public Prosecutions Office and was ignored on the day even after registering his attendance and expressing a willingness to be called. In his absence, the pre-trial judge ordered the defendant to pay a 5,000-pataca bail as the sole preventive measure. The man subsequently fled across the border.

It was soon after announced that the Public Prosecutions Office had decided that just one of the two assailants would stand trial, accused of the mildest form of physical assault, and with no established connection to organized crime or an attack on the legal profession.

But the legal professional  wouldn’t let this go. Drawing on a list of judicial abnormalities in the case, Menezes has battled the Public Prosecutions Office almost single-handedly for years, filing appeal after appeal to see justice done.

The first appeal railed against the prosecutor’s initial decision to only charge one of the two assailants because of uncertainty regarding the second defendant’s identity and where he was living.

“I had to appeal to the attorney general in Macau to say that this was ridiculous,” recalled Menezes. “They had a video of both assailants and both of their names. They had as much the identity of one as they did of the other […] and not having the address of one of them is not a reason not to go after him.”

Judicial authorities had coerced the Public Prosecutions Office into changing tack on the first two appeals, but sided with the prosecutor on the third.

The Court of Second Instance decided that there was no evidence that the attack was related to Menezes’ profession as a lawyer, nor was there sufficient evidence of organized crime. “This is true,” admits Menezes, but only “because there was no investigation!”

“The Macau judiciary system and the Public Prosecutions Office were never curious about who might have ordered the attack and never sought to investigate,” accused Menezes. “The whole investigation from the moment the file was taken from that [OCIC] department was appalling.”

In fact, the lawyer argues that the evidence for organized crime is overwhelming.

He suspects there is an “implicit protection of someone in a very high position who ordered the attack,” and if that is the case, then his skirmishing within the Macau judicial system is becoming increasingly “dangerous.”

“The authorities have put me in a dangerous position where I need to keep going after these guys myself,” said Menezes. “I have appealed over and over again to [coerce] the prosecutors into doing what they apparently do not want to do. I am sure that those behind the attack know that I am the one making the appeals.”

The two assailants will stand trial at 11 a.m. on June 3 accused of the crime of attempted aggravated bodily harm.