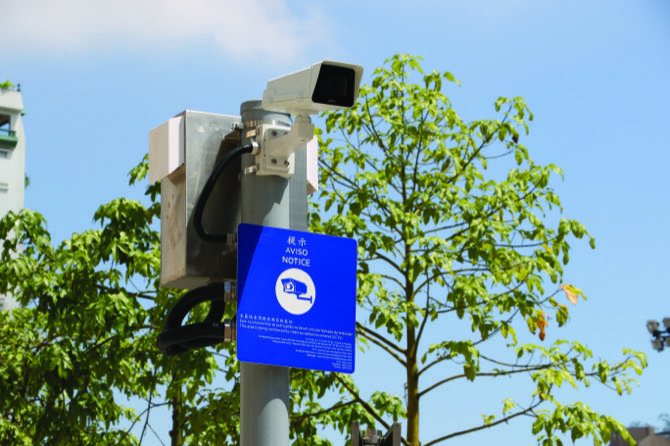 Lawmaker Lam Lon Wai said yesterday at the Legislative Assembly plenary that he believes data privacy laws are getting in the way of general law enforcement. Meanwhile, security authorities in the Macau SAR stressed that the implementation of surveillance cameras with facial recognition capability is on their agenda.

According to Lam, the increase in number of criminal cases and investigations is concerning to the public, and is contributing to a negative impact into the image of Macau.

Therefore, he asked the government about their review on the effectiveness and supervision of surveillance systems, of which the fifth and sixth phases are to be put into place soon. He also asked about the sharing of big data in Macau with law enforcement authorities in other jurisdictions.

In response, the Unitary Police Service (SPU), represented at the session by Mui San Meng, said that a total of 1,620 surveillance cameras were penned for installation across various locations in the city.

In the first three phases, 820 cameras were installed. Installation on the remaining 800 began in February last year and is expected to finish in first quarter of 2020.

Apart from mentioning that the SPU has already planned to install surveillance cameras on Reclamation Zone A starting from next year, the department also disclosed that it would roll out phases five and six of camera installation.

The SPU noted that in order for inter-jurisdiction cooperation to be realized, technical and legal challenges must first be resolved.

Legal ones are more difficult, according to the police, as there are laws, including the Personal Data Protection Law, which prevent the authority from sharing informtion between jurisdictions. The SPU acknowledged, however, that its work must be done in a legal manner.

Leong Sun Iok was very concerned with casino security. He asked whether the SPU could take advantage of the upcoming licensing period to require concessionaires to install facial recognition surveillance systems in their properties. Mui said his department will study the feasibility.

Wong Kit Cheng asked if there would be further upgrades to the existing surveillance system. Mui answered that in the fifth phase, 50 car plate recognition and 50 face recognition capable cameras would be installed.

Both Wong and Sulu Sou asked if there would be a cap to the number of surveillance cameras. Mui said he could not give a definite answer “because technology keeps improving; new cameras may be capable of taking 360-degree videos, then fewer cameras would be needed.”

Furthermore, Sou and Pereira Coutinho were concerned with hackers gaining access to these cameras. Mui said his department was not aware of any vulnerability. He added that his team are confident in the IT professionals working with the SPU.

E-PAYMENT A BRIDGE TO GBA

In response to Ip’s question on the development of mainland e-payment systems in Macau, Chan Sau San, the president of the Monetary Authority of Macao, explained that UnionPay cards issued by several banks in Macau had been cleared for the UnionPay’s cloud payment system, which enabled local residents to make mobile payments in the Greater Bay Area (GBA).

Chan also disclosed that a “financial institution doing business mainly on online channels” has recently opened in Macau, and would soon release an e-wallet function.

Ip was also concerned with Macau residents not being able to open mainland bank accounts in Macau, while Hong Kong residents had been allowed to do so in Hong Kong. Chan pledged that his Authority would continue communicating with the mainland authorities concerned.

Song Pek Kei provided a simple solution to the deadlock. She said, “all problems can be solved by allowing Macau residents to use Wechat Pay [a mainland e-payment app] with their Macau bank accounts.”

Mak Soi Kun told his story that once he was not able to use the parking meter in the mainland because he did not have mainland e-payment apps. He thinks these financial differences are obstructing Macau’s integration with the GBA.

Angela Leong was concerned with supporting Macau entrepreneurs as she talked about a local e-payment system for Macau. Chan replied that his Authority encourages cross-border collaborations. Staff reporter