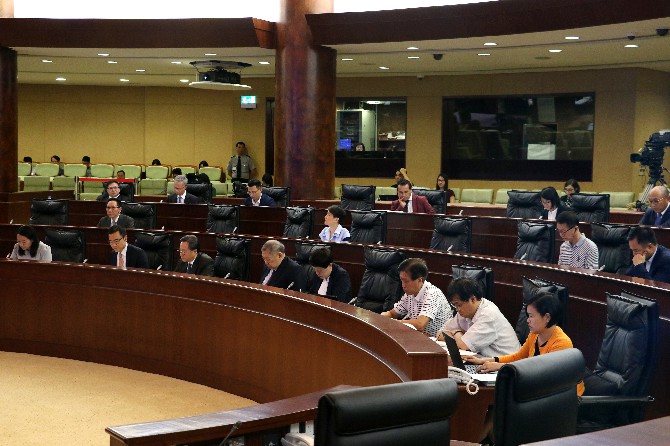 The Legislative Assembly (AL) will continue its suspension of all activities except for some administrative duties from the Assembly’s Support Services.
According to the latest public notice published on Friday, only the services which resumed on February 17 will continue operating from today until February 28.
As in the previous communication, resident reception services by lawmakers will continue to be suspended until further notice. Residents are instead encouraged to share their opinions by telephone, email or fax.
As the Times reported last week, the AL has currently suspended its plenary and committees’ meetings until further notice in response to the outbreak of the novel coronavirus known as Covid-19.
Legislative work at the AL has been suspended for approximately a month now, including the programmed break for the Lunar New Year celebrations.
According to the AL’s calendar, under normal circumstances, activities should have resumed on January 30, with a meeting of the Follow-up Committee of Public Administration Affairs.
A raft of upcoming financial measures designed to stimulate the economy in the aftermath of the coronavirus outbreak will first need approval at the AL. However, the many bills currently being discussed by the three Standing Committees, as well as other work that has been delayed by the suspension, threaten to delay approval and subsequent implementation of the financial measures.
By law, all measures involving tax exemptions and financial aid to people and enterprises first needs to be discussed and approved by the AL.
This process is normally lengthy due to the bureaucratic steps involved. However, in special cases, the government can request the analysis of certain bills as a matter of urgency. It is not yet known if this topic will be considered as a matter of urgency once the AL reopens.