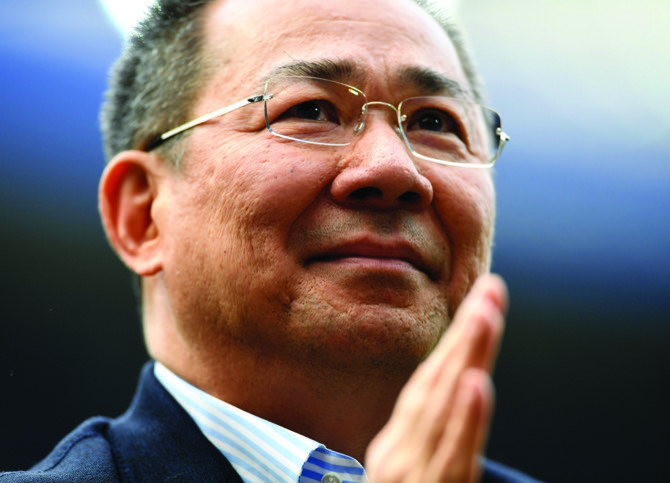 The billionaire family that owns Leicester City soccer club is set to win renewal of airport retail contracts that helped build its fortune.

Airports of Thailand Pcl selected the Srivaddhanaprabha family’s King Power Group as the top bidder for duty-free operations at Bangkok’s main international airport. It was also picked for the airport’s other commercial zones. That puts King Power in pole position to finalize the deals, which will run for almost 11 years from 2020.

King Power achieved the highest score when the bids were assessed, the state-run airport operator – Asia’s largest by market capitalization – said in statements Friday. The next step is for Airports of Thailand’s board to approve the bids. Financial details have yet to be revealed.

King Power is currently the sole provider of duty-free stores and other outlets at major Thai airports but most of these concessions expire next year. Critics attacked Airports of Thailand for creating a monopoly, arguing more competition would boost retail sales.

The firm broke up the concessions in response. At Bangkok’s main Suvarnabhumi airport, one contract covers duty-free stores and another spans remaining commercial zones. Similar contracts are available for a group of three smaller airports in Phuket, Chiang Mai and Hat Yai.

Firms had to stipulate how much revenue they will share with Airports of Thailand. The operator has said bids would be predominantly assessed on technical merits rather than revenue sharing.

The state-run firm’s shares slid as much as 5.6%, the most intraday in more than two years, signaling investor concern about the outcome. They pared some of the loses, and were down 4.5% as of 3:43 p.m. in Bangkok, more than the 0.2% drop in the overall Thai stock market.

“The duty-free contract only had three bidders,” said Sukrit Friestad, an analyst at CIMB Securities (Thailand) Co. in Bangkok. “And King Power has very high bargaining power. So the market expects the terms might not be as favorable to Airports of Thailand.”

There was only one other qualifying bidder for the commercial zones contract, Central Pattana Pcl.

More transparency in the selection process is needed, since the losing bidders for the duty-free contracts include some of the industry’s top-ranked operators, said Deunden Nikomborirak, a research director for regulatory policy at the Thailand Development Research Institute.

All the firms were seeking to capitalize on Thailand’s extended tourism boom, with about 40 million visitors expected this year alone.

The highest-scoring bidders for the smaller airports will be unveiled later this month.

King Power’s founder Vichai Srivaddhanaprabha, who was also Leicester City chairman, died in a helicopter crash in October near the club’s stadium. His family has been steering the business empire since then. Bloomberg