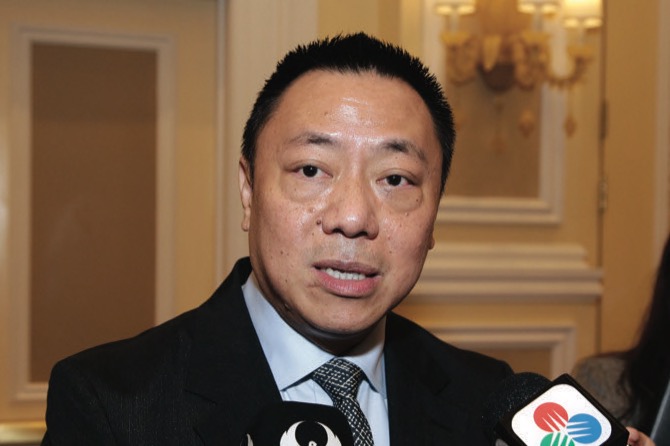 The Economy and Finance Secretary Lionel Leong has confirmed that he is no longer planning to run for the post of Macau Chief Executive (CE).

Leong noted this during comments to the media on the sidelines of the Macau Federation of Trade Unions cocktail event held yesterday afternoon.

Leong pledged to continue his work at his current post until the end of his term, to assist with the transition of the new government. This implies he will not be resigning to submit his candidacy for the position.
The Secretary did not explain what motivated his change of mind.

Leong initially suggested in mid-February that he was “comprehensively” considering running for the position of CE – understood by the public to mean that he was putting his name forward.

Following the tacit withdrawal, Leong expressed confidence that Macau will elect a Chief Executive that can satisfactorily fulfill his duties in all areas.

Addressing the candidacy of Ho Iat Seng, the Secretary said the he believes that Ho meets all the requirements as was noted by Zhang Xiaoming, the director of the Hong Kong and Macau Affairs Office of the State Council. Zhang said that Ho fulfills the central government requirements for the post, which include patriotism, love for the country and for Macau, trust from central authorities, and the capacity for good governance and social recognition.
Ho Iat Seng, who was attending the same event, noted that he is currently preparing his team and office to proceed with his campaign for Chief Executive. Ho said he should be able to formalize his candidacy around May 20. RM