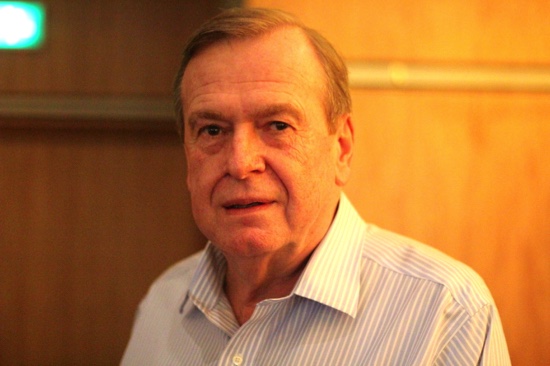 The Lighthouse Club Macau, a locally registered construction charity that provides financial assistance to the families of workers involved in fatal construction-related accidents, is celebrating its tenth anniversary this week.  Tomorrow, a golf tournament will be played by twenty teams in Hengqin to celebrate the club’s anniversary. Following the tournament, which also doubles as a fundraising event, the golfers will return to Macau for a dinner on the Sheraton pool deck at Sands Cotai Central.
Since its inception, the club has supported 44 cases of either construction-related fatalities or serious injuries, eight of which have occurred in Macau this year, the club’s chairman Keith Buckley, 67, told the Times. The deaths which had occurred in local construction sites have typically been a result of “a high level of construction activity and a relatively unskilled workforce,” he adds.
The charity raises funds either through sponsorship deals or by holding regular functions. Unlike in Hong Kong, where there are some major donors, in Macau the donors are either sponsors of the club’s events, club members, or contractors. The club has two types of membership –
individual and corporate –
and around 230 members.
The Lighthouse Club channels the money raised at functions to a “benevolent fund” administered by a committee. Whenever there is an accident, the group meets to analyze the details of the accident and the affected worker’s personal circumstances. For example, the worker’s marital status and whether or not they have children are areas of consideration.  After this assessment is done, a donation is made.
“Sometimes the insurance company takes a long time to pay. We do a quick payment to the family,” Mr Buckley explains. The donation amount ranges between MOP30,000 to MOP40,000. But there are also cases in which the support is used to pay the school fees of minors directly affected by the tragedy. In those cases, regular payments are made over a number of years.
The club is also planning to introduce other types of support, like offering beneficiaries the opportunity to enroll in construction related degrees. “We haven’t started it yet, but we have some ideas, because the money in our fund is quite good,” the club’s chairman says.
Another plan currently being considered is the establishment of a system to recognize local companies as proactive supporters of safety in the industry. In other branches of the club, a “Golden Helmet Award” is awarded to companies, an idea that could be replicated in Macau.
A British citizen, Keith Buckley has vast international experience. He has been the chairman of the local club for the past four years and is also the chairman for the Asia-Pacific region in 2015. As the executive project director of Hsin Chong Engineering (Macau) Limited, he has been involved in the construction of Sands China’s projects in Macau and took part on the raising of the Cotai strip, an area which was previously flooded with water.
Mr Buckley recognizes the major construction projects currently undertaken in Macau are “very large, technically challenging and built on a fast-
track basis,” all posing challenging safety issues, although the situation has since improved.
“This year, for example, I expected to hear of more fatalities, because the place is boom-
ing. But when I first came to Macau, which was in 2003, the standards of safety were low. On the original Sands, we tried to develop quite a strong safety scheme and then I heard that some of the workers didn’t want to work on our site because the safety rules were so strong. Now that’s not a problem. If you go in the [construction] sites, I think nearly 100 percent of the workers wear safety helmets,” the chairman explained.
Nevertheless, safety problems persist. In the early years of construction in Cotai, many workers came from Hong Kong, where the construction sector was suffering due to the SARS epidemic. Since the neighboring region had higher safety standards than Macau, the construction works were less problematic. The situation changed and now most of the workers come from Macau and mainland China.
According to Keith Buckley, the Chinese workers are “not very old, lack construction experience, and so are not very well educated in safety. We see some very bad things on site. When a worker joins one of our sites, he has to have a safety induction; he is told what to do and what not to do. But still you must have some desire to protect your life. It is not good enough for me to say ‘don’t do this, don’t do that’, you must understand what is dangerous.” He further stated that accidents happen “because to join the construction industry is quite easy” and consequently “workers are not educated in safety and their basic safety knowledge is inadequate. Many of the accidents are caused by the individual, not because there is inadequate lighting, or safety railings, it’s usually because the worker commits an error. It can be something like running down the stairs to get the bus and falling because the stairs on a construction site are not like the stairs in a finished building, they are rough,” Buckley observed, adding that one of the areas with lower safety standards is probably the most dangerous, which is putting the façade on the buildings.
The fact that the major projects in Macau tend to be built at a faster pace also hinders safety, because “contractors are under pressure to finish in time, and when you put people under pressure, they may take risks. Of course we don’t tell them to take risks and cut corners, but sometimes they do,” often as a means of saving time.
Regarding the assistance usually issued to those directly affected by accidents in Macau, Mr Buckley noted that in order to obtain a construction license from DSSOPT, employment compensation insurance is needed. The insurance policy has limits, but the fact that all workers are insured makes the framework here better than those in other Asian jurisdictions, where the workers are not necessarily insured. 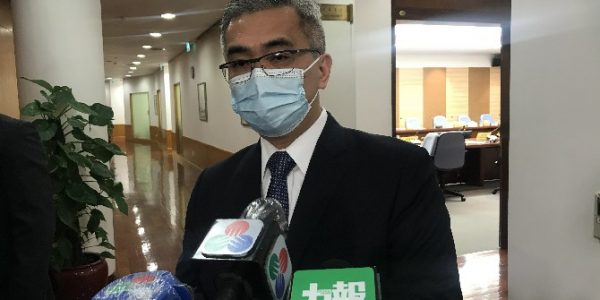