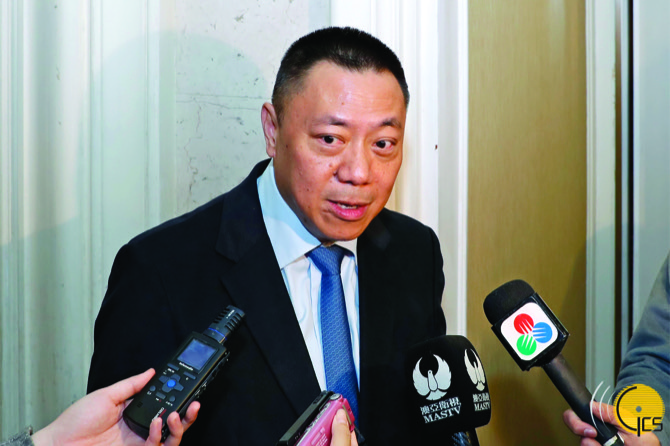 The Secretary for Economy and Finance, Lionel Leong, said yesterday that local casinos will not be allowed to hire non-local croupiers. Leong’s statement comes after a meeting of the Council for Economic Development Council (CED) on Tuesday, where several members proposed the import of non-local dealers.

“The Council for Economic Development has members coming from different sectors, and they brought up different opinions regarding Macau’s economic development. We will aggregately analyze the opinions,” said Leong.

On Tuesday, the head of CED human resources policies research section, Vong Kok Seng, reported that there were CED members proposing that Macau import non-local dealers based on a maximum percentage of the total number.

Leong did not comment on the proposal during the CED meeting.

“There was indeed one member who queried whether Macau could introduce non-local croupiers. However, I reaffirm that the Chief Executive has reiterated many times, in different locations, that Macau’s policy is to prevent non- residents from taking up jobs as casino dealers. The concerned policies have not changed,” Leong said his response yesterday while presenting at the 2018 award ceremony of the Macau convention.

In addition, Leong declared that the SAR government will continue supervising local casinos by providing training to local employees in order to nurture their abilities for higher positions.